Betting on soccer has never been more possible through the use of legal online sportsbooks and the state-regulated ones too. If you are a soccer fan, then you’ve probably placed bets or at least considered betting on your favorite teams or matchups. However, without being at the stadium across the pond, finding a place to place your bets can be confusing to figure out. Luckily, signing up for, using, and understanding online sportsbooks has never been easier than right now.

Here we will go over how to bet on soccer including what the bets look like, how to look at odds, and where to watch your bets. Betting on soccer is different than betting on football or basketball, and there are some specifics that you might not be aware of. Also, legal soccer betting has an added layer of complexity due to the many leagues and forms of competition that the sport contains. It is important to understand this sport, and its format, before placing any money on outcomes. Luckily you have come to the right place to learn all of this valuable information. 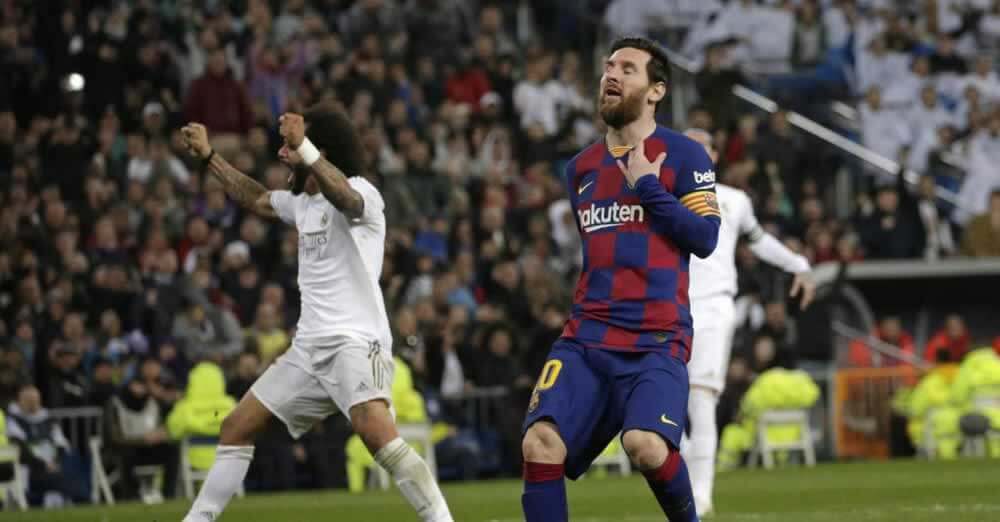 Odds On Dozens Of Soccer Leagues

Bovada offers soccer odds on games happening all over the world, in dozens of leagues, from the top of Spain’s La Liga to the bottom of the Slovenian 2nd Liga. Each game that happens in these leagues allows you to bet in different ways, as Bovada provides traditional odds, no-draw odds, and even asian odds for those who wish to specify exactly what kind of bet they want to make. Bovada’s bettors can even access these odds all over America, with Bovada available in 45 states.

BetOnline features truly in-depth soccer betting, with each game coming with dozens of sub-markets so you can go deeper than just wagering on the outcome, the spread or the O/U. At BetOnline, you can find soccer odds on how many passes and tackles happen in the game, or even things like how many players are carded. BetOnline also features clean sheet odds, both teams to score odds, no-draw odds, and various other ways to customize your soccer betting experience.

Prop Bets On Everything Soccer

MyBookie’s soccer odds are extensive, and they offer an average of 70 prop bets per game of soccer played, which is to say nothing of the traditional odds they offer on each of those games. Bettors can also wager on futures odds to win big tournaments like the World Cup and the Champions League at MyBookie. They get even more obscure when they offer odds on things like club friendlies, or the U20 Women’s World Cup. No matter what aspect of the beautiful game you want to wager on, you can find it at MyBookie

Visit MyBookie To Bet On Soccer

Soccer betting types contain some small, but important differences than betting on most other sports. From the three-way moneyline to typical over-unders, here we will detail all of the different lines you might see for a soccer match in your sportsbook. While some are more complex than others, this small list of soccer wagering styles will help legal sports bettors get off on the right foot.

Betting the moneyline is a staple of all betting platforms, across all sports. The moneyline bet is one of the most popular wagers due to its simplicity – simply pick the team you believe will win. However, in soccer, the moneyline bet gains an extra angle. In football or basketball in America there are only two possible results for the end of a game, win or lose. However, in most soccer competitions internationally can end with a third result, the draw. Tying in soccer is a relatively common result, so therefore sportsbooks had to come up with a betting line that reflected this possibility. A Three-Way Moneyline for soccer will look something like this in your sportsbook:

Betting The Moneyline In Soccer

Additionally, most sportsbooks will offer the standard Two-Way Moneyline on the teams. This will generally feature worse odds than the Three-Way, but with the added ability of your bet ending in a push if the match comes to a draw. A Two-Way Moneyline will look like this:

For soccer bettors who want the bigger payout, taking the three-way moneyline is advised as the added possibility of a draw increases the odds. For those who are looking to play it a little safer and have to only worry about which team will actually win, the standard moneyline is the bet for you.

Over/Under bets in soccer operate the same in soccer as most other sports, dealing with the total amount of points scored in the match. These bets will deal with the total goals scored between both teams. Total lines can be set at 4 or 5 or even as low as 1 or 1.5 depending on factors like team form, injuries, and goalkeeper play. A typical soccer over/under will look like this:

The O and U refer to over and under for the number of goals set. Note the half number, which means that teams will have to score 2 goals for the under or 3 for the over. Oddsmakers are keen on setting halved numbers, as this prevents a push between bettors and the book. This way, the game either hits the over or it doesn’t.

Proposition bets, or prop bets for short, are one of the most fun and easy ways to bet on soccer in today’s betting landscape. Sometimes referred to as specials, these bets deal with specific events that may or may not occur in the given match. These are events that are usually inconsequential to the actual result of the match but are still fun to keep track of.

For example, an extremely common prop bet is on which player will score the first goal of the game. Sportsbooks will offer odds for every or most player in the match, and if your player scores first, regardless of the outcome of the match, you win the bet. Other common prop bets include most yellow/red cards, number of corner kicks, number of saves, and the man of the match.

Where To Bet On Soccer

Betting on soccer today is easier than it has ever been, and is becoming more accessible at a rapid pace. It is completely legal to place wagers on soccer matches with most major online betting websites. When using an overseas sportsbook, the bets you place are not subjected to the state or federal laws of where you happen to live. The only requirement to bet soccer on these overseas books is that you meet the minimum age of 18 years old.

In the US, certain states have made moves to legalize sports betting. There are domestic sportsbooks that you can use as long as you live in a state that has passed these legislations, like New York or Oregon. There are a lot of regulations that are set on the state level, so just because La Liga is offered in one state does not mean the lines will be available in another. This is why betting on soccer at online sportsbooks offers the widest array of soccer betting lines.

Betting On The 2022 FIFA World Cup

The 2022 FIFA World Cup kicks off on November 21 in Qatar. Legal sports betting sites have crowned Brazil (+450) as the betting favorite heading into the event, with reigning champion France second on the odds boards with +600 odds. Brazil has won the FIFA World Cup more than any other nation (5 times), with Germany (+900) and Italy (did not qualify) tied for second with four victories.

How the league competition works in soccer is vastly different than most other sports. Each country has its own league filled with clubs that reside in or near that country. Teams compete to earn points to move up the “table”, or standings and the team with the most points at the end of the season wins the cup.

The major leagues in the world that most fans spectate are the English Premier League, Spain’s La Liga, the German Bundesliga, Italy’s Serie A, and France’s League 1. This does not even come close to the total landscape of soccer leagues in the world as leagues from Brazil, Mexico, the Netherlands, Portugal, Argentina, and countless others have immense popularity in their own markets including the USA’s Major League Soccer.

Soccer bettors can bet on the many worldwide leagues at legal sports betting sites. Whether its betting on a team to be relegated or to win the league there are many different ways to bet on soccer. 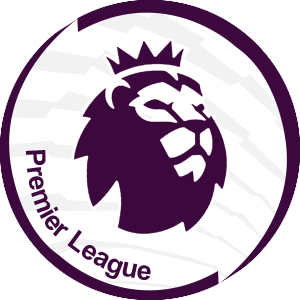 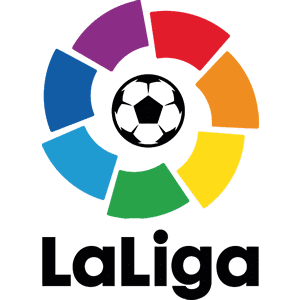 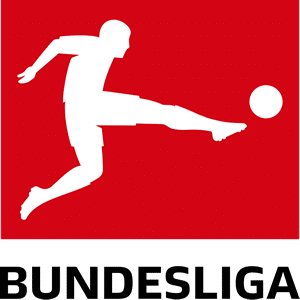 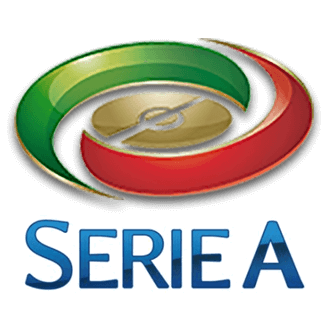 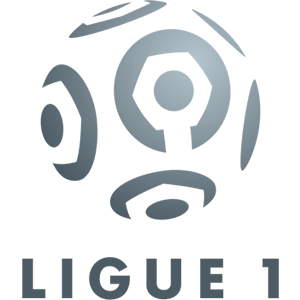 Depositing Money To Bet On Soccer

When you finally decide on your online sportsbook and find some matches you want to wager on, you will have to deposit some funds. There are a couple of different options and methods you can use, so be sure to do some research beforehand. The methods will differ from site to site and if you are using a state-regulated sportsbook or an online site.

At state-regulated sites, you can expect to deposit via cash or credit card, but they may make you go through some added steps such as signing up at a real-world location to make your deposits. Online sportsbooks will not require these extra hurdles and will typically offer more options when it comes to depositing funds. These can include credit or debit card in addition to things like cryptocurrencies.

There is no point in betting on sports if you can’t receive your winnings. This can be a real fear for some bettors when using online betting sites. Luckily, these sites have gone to extreme measures to ensure customer trust and efficiency. There are a couple of different sportsbook payout methods that both state-regulated and online sites use to pay out winnings to customers. This includes receiving a check in the mail, picking up cash from a partnered casino (state-regulated only), payment through a digital wallet of sorts, money order or bank wire.

When looking to bet on any soccer game with an online sportsbook, the first thing that you should look for are the betting bonuses that are available for signing up. These bonuses can score you anywhere between $250 and $1,000 just for signing up. All you have to do to get these bonuses is enter the bonus code that they provide you upon making your first deposit into your account. The new user bonuses that are offered at some of the top soccer online sportsbooks can be found right here.

Using Cryptocurrency To Bet On Soccer

When you use Bitcoin or other cryptocurrencies, you can receive your winnings almost instantly from the platform. As long as you make your deposits with that currency, you can withdraw your winnings and have them available on the same day. Each online book will have a cashier section that details all the rules like minimum and maximum deposits. The major benefits of betting on soccer with Bitcoin and other cryptocurrencies is that there are never any fees and the processing time is instant.