Professional esports leagues are becoming more and more popular with each passing day and what was once considered to be a nerdy pastime is now an extremely lucrative hobby. Fortnite was created in 2017 by Epic Games and has been extremely successful worldwide. No one could’ve imagined just how big this game would turn out to be, often being dubbed a cultural phenomenon. Fortnite has quickly made its way to the tournament platform of the esports gaming scene. Just two years after its creation, Fortnite now has its very own World Cup Championship with much more in store for its second year after the success of year one.

Fortnite has it all when it comes to what people that like video games want. Weapons, fighting and coming out victorious when all of the other players have fallen to the games hostile environment. Teams have formed all over and earnings for tournaments and qualifiers are huge. Winnings range in the millions to hundreds of thousands of dollars, all for surviving in the safe zone circle of the game. Many of the best players in Fortnite are teenagers. Now that the game is part of its own esports championship series, the world will have a lot more teenaged millionaires on their hands. 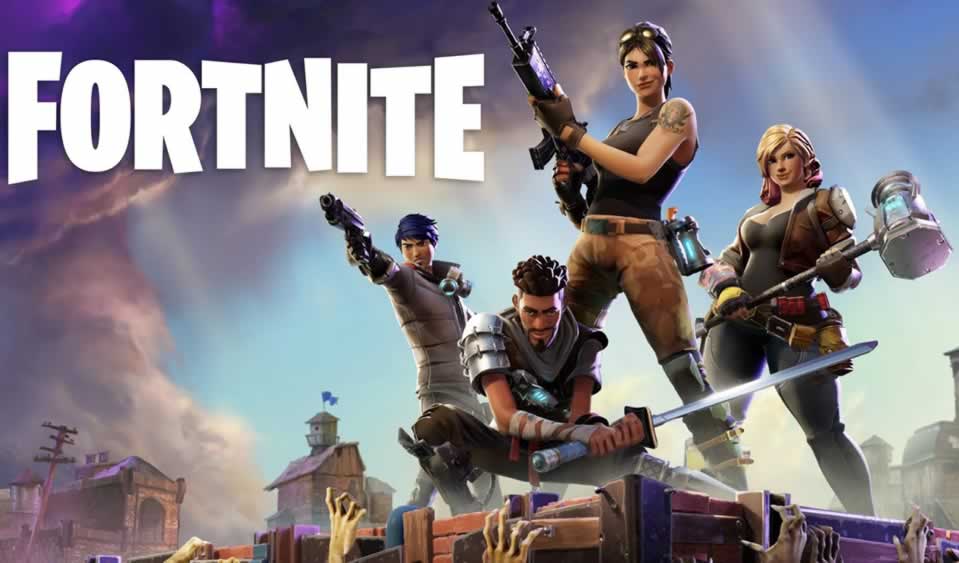 As one of the original Battle Royal games created, Fortnite is a third person shooter and one of the most popular free games that is cross compatible across all devices, and is the battle to be the last player alive in a giant world filled with various weapons and vehicles. The game was created by Epic Games and starts with 100 players and there is a circle that players have to stay in that shrinks as the game moves on, helping the pace of the game not drag on and prevents players from hiding.

Fortnite was created in 2017 and it did not take long for it to take off, with Ninja being the biggest Esports player to help the game blow up. The game has sustained popularity because of its ability to constantly evolve and secure partnerships with popular movies and online creators. Fortnite can be played in solo, duos, trios, and squads (4 teammates) and squads has become the most popular for Esports competitions.

Epic Games, the development company behind Fortnite has decided to develop competitive esports leagues due to the success of the 1st Fortnite World Cup held in August 2019. Outside of this main event, Fortnite hosts tournaments that take place nearly every day. Most of these various tournaments are for champion league players, which players earn while getting kills and wins in Fortnite’s competitive mode (Arena). Just like with many other games, winning or placing high in these tournaments can qualify players for future tournaments in the world of Fortnite. The Fortnite Championship Series (FNCS) is one of the biggest tournaments for the video game, that consists of many qualifying rounds, that can take place for each region, in a Trios format.

After the first one taking place in 2019, the success of the event was followed two years of cancellation, with the third World Cup taking place from November 12-13 in 2022 at the Raleigh Convention Center in North Carolina. This Esports competition has many different events, with Solos and Duos mode being the two biggest competitions at the annual event. Esports player Kyle “Bugha” Giersdorf won the first Word Cup Solo’s even in 2019, taking home $3 million in prizes.

While there are a number of Fortnite teams out in the world of Esports, the most prominent Fortnite competitions are individual players like Bugha, part of the Sentinels Esports Organization, who won the 2019 World Cup. When it comes to actual teams, Faze Clan has a Fortnite team that consists of eight total players, with four of them competing in the 2022 FNCS.

Biggest Prizes And Earnings For Fortnite

The very first Fortnite World Cup took place in the summer of 2019. The 100 players that qualified to be in the championship were guaranteed $50,000 win or lose. The winner of the solo tournament, Kyle “Bugha” Giersdorf, 16, walked away with $3 million.  Other winners included Thiago “King” Lapp,13, who won $900,000 taking 5th place in the solo category. Four players all walked away with seven-figure winnings. For the Duo category, the $3 million prize had to be split four ways.  In total, the World Cup had $30 million in prizes up for grabs for the winners making Fortnite and esports tournaments, in general, quite a lucrative market – even compared to the legal sports betting industry. Even pro sports tournaments make the equivalent or less in grand prizes than that of this championship.

The Power Of Cross Compatibility For Esports

Along with some of the early Battle Royal format games, Fortnite introduced cross compatibility amongst Xbox, PC, PlayStation, IOS, and Android, allowing all players to jump out of the same battle bus, no matter the platform. These same options are offered for most of Fortnite’s tournaments, making it very simple for players to compete in these events. With cross compatibility play up and running, Fortnite has done a great jpb creating a game that allows people to come together, and has played a role in the game’s massive success, and number of Esports tournaments.

Why Can’t I Play Fortnite On My iPhone Anymore?

After suing Apple in 2020 for removing the popular game from the IOS store, Fortnite has become not as widespread and easy to play. The game was removed by Apple when Epic Games would bring players to a sperate purchase screen for virtual currencies, to avoid Apples high percentage fee that they would receive if anything was purchased from the app on an iPhone. This development in the relationship was devastating for many Fortnite Fans, as players used to be able to join on with their fans playing any gaming device, from the ease of their iPhone or Apple product. With the first part of the case ruling in Apple favor in 2021, it is unknow of Fortnite will ever return to the App store or be available to play on any Apple device.

Epic Games has always been close to the media giant of Walt Disney, but this can be especially be seen in Fortnite. This game has been popular since its 2017 launch, in part due to the ability to pull through with may collaborations, with all different kinds of skins that can be unlocked or purchased. However, Disney seems to lead these collabs many countless Star Wars and Marvel collaborations, with a whole season focusing on the MCU. Fortnite players can glide down into the world with a X-Wing Glider, while having the skin of the Mandalorian or Spider Man. Epic Games has even offered Disney Plus memberships for players who buy v-bucks or skin packs from the Fortnite store.