The Overwatch League was established in 2017 by its developer Blizzard Entertainment. The league would have its inaugural season the following year in 2018 and is run under the Major League Gaming organization. The league has 20 teams split between two conferences and four subdivisions. They play 28 scheduled games to determine what teams will make the playoffs and where they will be seeded. Only the two division winners and the next four best teams by record automatically qualify for the season playoffs. Two additional teams can qualify for the playoffs if they win a tournament between the seventh-twelfth place teams. The final eight teams will then all compete for a shot at the Overwatch League title in an event called the Grand Finals.

The Overwatch League has set the minimum salary for all players to $50,000 a season. The League also provides retirement and health insurance for all players. After the inaugural season, Blizzard Entertainment made it mandatory that Overwatch League team owners give contract players incentives that must account for at least 50% of the team’s overall revenue generated throughout the season. The Overwatch League also has two developmental leagues the Overwatch Contenders League and the open that allow teams to scout out the next crop of emerging players. Even though esports are not the same as legal sports betting – or at least not in the mainstream just yet – learning more about Overwatch and the overall industry is worthwhile. 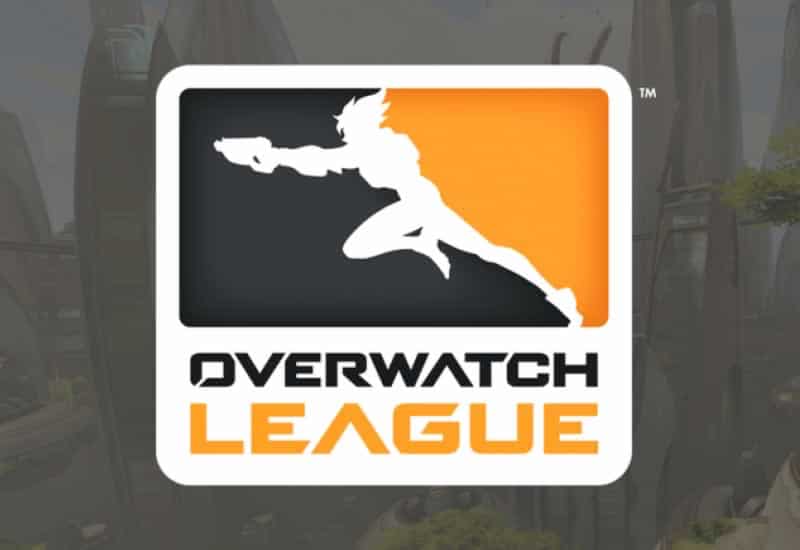 After the COVID-19 pandemic hit the U.S., the Overwatch League announced that its 2020 matches would move to an online-only format rather than having players play from a centralized location, removing the two biggest transmission vectors. The 2020 season came and went and was a full success in their online format. It is highly likely that the 2022 season will follow the same format.

Overwatch is a multiplayer online first-person hero shooter that was created and published by Blizzard Entertainment in 2016. The highly popular game is playable on PC, PlayStation 4, Xbox One, as well as Nintendo Switch. Overwatch has seven different game modes but the main game types, Assault, Control, and Escort are the main competitive modes. These modes have two teams of six battle out over supremacy in multiple rounds until there is a clear victor. Each team is locked to having two healers, two tanks, and two damage dealers. The cast of 31 different heroes are where players select their combatants from.

Depending on the game mode, players are either defending or attacking. As a team, players must work to either defend or capture a point or they are trying to escort or stall a payload until the allotted time runs out. Players are not locked to use the same hero throughout a match as they can change heroes at the respawn screen upon death, however if you are in the match as a specific class (tank, healer, or damage dealer) you are only able to select another of the same class. This structure was implemented into Overwatch in order to create a fairer and more balanced gameplay experience. Overwatch is a game that has garnered a large following over the years, even creating their own Over Watch League for e-sports as well as their own Overwatch World Cup that is run in house by Blizzard Entertainment and has aired on ESPN2. When it comes to legal sports betting, e-sports leagues are starting to gain some pretty good traction.

Overwatch has many tournaments that can range from a cash prize of $1,000-$1,000,000 or more. Keep in mind that if you want to participate in an Overwatch tournament, make sure the tournament has been granted a license from Blizzard Entertainment.

This is another tournament sponsored by Blizzard Entertainment. However, this tournament is a separate entity from the Overwatch League. The tournament first started in 2016 with South Korea winning the first-ever Overwatch World Cup. Overwatch League players can participate in this tournament as a player or coach. Blizzard picks the top 24 countries, based on the average skill rating of the top players. Unlike many tournaments, this World Cup allows the fans to choose who will be the coach and captain for their country. After the selections and teams have been made the 24 teams compete countries compete for a spot in a single-elimination playoff for the Overwatch World Title.

The Cup has three different stages preliminary rounds, group stages, and playoffs. The top five countries don’t have to play in the preliminary rounds and are granted an automatic first-round bye in the group stages. South Korea has the most Overwatch World Cup Championships with three and they’ve never lost the tournament. The prize pool for this tournament is $15,000 for each of the qualifying teams with an extra $16,000 being awarded to the teams that make it into the Top 8.

There’s a total of 20 teams in four different countries that make up the Overwatch League. Starting in 2020, the league has kept the two conferences (Atlantic and Pacific) but added four divisions (North, South, East, and West) that have five teams each. That same format is expected to stay the same through the 2022 season.

The San Francisco Shock won the 2019 Overwatch League Championship and is one of the most popular Overwatch teams in the league with a Twitter following of over 200K. Making the Shock the most followed Overwatch team on Twitter.

The Seoul Dynasty has the biggest following of any Overwatch League team on Facebook and is the only team located in South Korea.

The New York Excelsior has the only Overwatch team with a flag-based logo in the league and has gained a solid following of over 127K on Twitter. The team also has the fourth highest following across Twitter, Youtube and Facebook in the Overwatch League.

The Overwatch League in their second season had a season prize pool of $5 million dollars with $3.5 million of those dollars being rewarded during the playoffs. The League had four stages in their regular season with each stages prize pool being $500,000 which were the highest prize pool earning the league ever had for stage play. The Grand Finals had the biggest prize pool of the Overwatch League season with a $1.1 million-dollar prize for the winning team and $600,000 for the runner-up.

Betting on Overwatch With Your Mobile Device

The excitement of betting on Overwatch is felt instantly as soon as you lay down your bet. Wouldn’t it be great if you could get in on the action from your phone? With modern online sportsbooks, this dream is already a reality. Simply log on to your sportsbook’s website with your device’s internet browser, and you will be automatically connected to the mobile version of the betting platform. This mobile client has all of the features and capabilities of the desktop version, in a smaller, easy-to-navigate package. There is no need to download an app and use up your valuable data when you mobile bet with international online sportsbooks.