Ben “Parlay Patz” Patz was born in 1996 and began wagering on sporting events as soon as legally possible. Once he turned eighteen, he joined an offshore sportsbook and started placing bets on games. Due to his enormous success with parlay betting, his buddies gave him the nickname “Parlay Patz.” His first legal wager was on the Floyd Mayweather vs. Manny Pacquiao fight for $90. He saw some initial success, but then quit the betting game to attend the American University of Paris. After over a year in France, he returned to the US and began placing wagers again. This time, he was unlucky and lost all the remaining savings he had from his first stint as a successful sports bettor.

But this blow to his bank account didn’t stop him from continuing to place bets. He went on to win a 12-game parlay with a $75,000 payout. However, he ran into an unlicensed sportsbook that refused to pay Patz his winnings. They instead paid him $12,000 of the $75,000. This, however, was enough for him to get back into the parlay game, and after he hit three weekly longshot parlays, Parlay Patz was a millionaire overnight. His two favorite sports to wager on are football and basketball, both collegiate and professional teams. 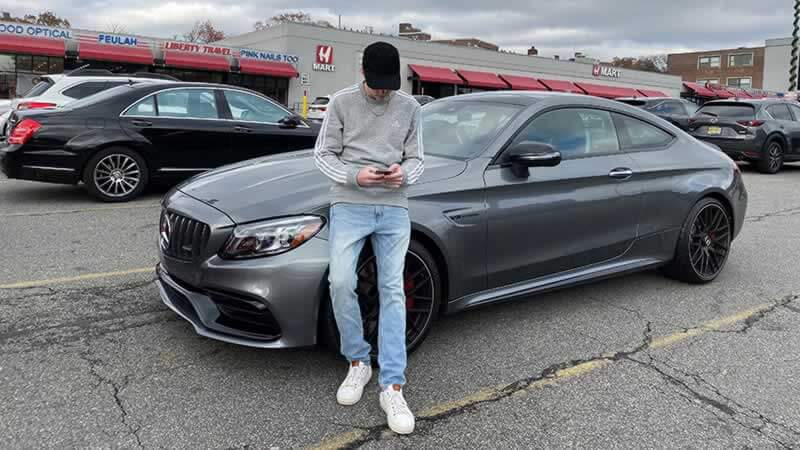 Bet From Anywhere On Your Phone

One of the main features that make Bovada one of the top online sportsbooks is that you can use their platform to bet from absolutely anywhere with any mobile device that has internet access. On their mobile betting sites, you can use any feature that they have right from the palm of your hand. You can make deposits and withdrawals, use bonuses, and place any bet that you can think of. Some of the mobile devices that they are compatible with include iPhone, Android, and Google devices.

Bet On Football At Bovada Now!

Bet On Sports With 17 Cryptos

With cryptocurrencies becoming a major part of everyday financial methods, it makes sense that BetOnline allows you to bet with up to 17 different forms of it. From Bitcoin and Ethereum to Solana and ApeCoin, they accept a wide range of cryptos. The beneficial part to betting on sports with crypto is that they are the most convenient. They have no processing fees associated with them, the quickest processing times, and the most manageable limits.

One of the top features that you can find on MyBookie is their safety as they make it a top priority. They have two encrypted links protecting both their servers that hold all of your banking information as well as your web browser with all of your personal information on it. In the rare event that you do find an issue with your account, they have some of the best customer service reps to help you resolve any issues 24/7.

SportsBetting does a great job with the promotions that they offer to their new users and really incentivize signing up for them. Whether you are signing up and depositing with either crypto or another deposit method that they offer, you’ll be met with a bonus of up to $1,000 regardless. In order to keep their users happy, they also offer reload bonuses that range between $250 and $350 on every deposit you make into your account whether its with crypto or not.

Aside from just normal gamelines on tons of different sports on XBet, they also offer tons of different prop odds for you to choose from. Those range from different player props at both the professional and collegiate levels, team props, and much more. The great thing here also about their college prop betting market is that they have a leg up and can offer these odds in any state that they operate in regardless of if they allow collegiate prop betting or not.

How Can Parlay Patz Afford To Place Such Large Wagers?

The 25-year-old sports bettor not only went to the American University of Paris for a while, but he also attended Columbia’s business school. He became the chairman and co-founder of a business called Lakeworth Holdings. This company is an international investment company based out of New York. They focus on helping clients with technology and energy domain work. Presently, they have 15 companies that they operate globally. It is with this income that Parlay Patz can wager on sports betting in the way that he does, making bigger bets. However, now that he’s found the proper method to his madness, real money sports betting could become his full-time job.

After becoming a mobile sports bettor in the state of New Jersey, Patz lost out on a seven-team parlay with college basketball that cost him $30,000. It was only after a win on a single game bet that raked in $19,000 for the Green Bay Packers did Patz come to a realization about his sports betting strategy. Once he developed a strategy for his legal sports betting that wasn’t just about the statistical data for each team, he has skyrocketed into fame. He is winning his parlays left and right, almost calling it too easy at this point.

The Parlay King Is Born

His new winning strategy was changed in terms of betting the spread as he normally would. Once he realized teams didn’t care whether or not they made a certain number of points and cared more about winning the game, he began to place money on the moneyline. His moneyline parlay strategy has catapulted him into the limelight. In three weeks’, he won $672,000 on four separate parlay wagers. The biggest payout and longest of those bets was a $7,000, 13-game parlay that resulted in a $333,000 payout. His fifth parlay bet weeks later consisted of an eight-game parlay wager. His winnings on that came to the sum of $183,892. The very next day, he put in a parlay for five games worth $25,000. Again, he employed the method of moneyline parlaying. The wager won Patz $116,260. Six parlay wagers in less than two months have allowed Parlay Patz to win a total of $972,152. It’s safe to say that Parlay Patz is making a patsy out of sportsbooks as his hot streak with his new method will get him over the million-dollar mark as soon as he wagers next and the hot streak continues.

The Future of Parlay Patz

Like many of the other famous sports bettors Patz was treating himself to private plane charters for vacations and other gifts with the money he’s earned through his parlays. All that has come crashing down around Patz now after being exposed for making death threats to college and professional athletes. Sentenced to probation of 36 months, they pled guilty and will be under home detention. Required to undergo a mental health treatment program, Patz is no longer eligible to place bets or “engage” in any online or in-person gambling activities.

One of the darker sides of the gambling world is problem gambling and this can manifest in a number of ways. For some, it could be betting more money than you actually have like betting on credit too often. For others, like Parlay Patz case, it could be threatening and harassing athletes because your bets lose from time to time. It’s important to recognize that sports betting involves risk and there is always the chance your bet can lose. It’s part of the game. However, Parlay Patz had to learn the hard way that not every bet he places is going to win him millions, and harassing athletes won’t win him that money back. Parlays have the lowest winning percentage in sports betting also, so parlays have to be viewed as higher risks when betting on sports.

In March 2022, the MLB released their new CBA which detailed information about sports betting. While MLB sports betting is becoming more popular in the media, Patz changed the MLB protocol after threatening players who were on the opposite side of his bet. All MLB teams must now have a safety hotline over threats in relation to sports betting. This is a direct result of Patz threatening MLB players through Instagram and social media accounts.