ERIE, Pa. –  The Presque Isle Sportsbook was expected to open this month but now it has been delayed by two more months. June 1 would be six months after the Pennsylvania Gaming Control Board (PGCB) told the casino it could open its sportsbook.

Transitioning To A New Owner

Part of the reason for the delay is due to the fact that the Presque Isle Downs is gaining a new owner. Churchill Downs Inc. has brought in Presque Isle into their company back in January. Although the transition was seamless, Churchill Downs has also partnered with SBTech to offer sports betting during this time.

This led to a more complicated situation because Presque Isle had already petitioned to the PGCB to open up a sportsbook with what they already had ready. It seems like because Churchill acquired SBTech during this transition, it has led to complications in opening up the sportsbook.

Excitement For The New Sportsbook Is There 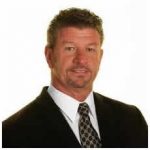 Despite the delays, vice president and general manager of Presque Isle Keven O’Sullivan is excited about the new sportsbook opening up. He said that he was very proud of the team working hard to create the space needed for Pennsylvania sports betting in the casino.

There is going to be a large space dedicated to giving customers a brick-and-mortar sportsbook in the casino. There will also be 50 self-serving sports betting kiosks along with 50 HD TVs all over the sportsbook. The televisions will be constantly playing sports games, and there will be some displaying an oddsboard.

The Presque Isle Sportsbook is also planning to feature a mobile sports betting app as well. This will allow sports bettors the freedom to go around the casino instead of being restricted at the sportsbook. Due to the constant delays of opening the sportsbook, it is unclear when the mobile app will launch.

Daniel is a writer that enjoys writing to inform readers. When Daniel was writing for The Borgen Project, he liked informing the world about victories in global poverty issues. Daniel is also an avid horse racing fan who has been going to the track with his father for over a decade betting the ponies. When he is not writing about sports betting or at the track, Daniel loves playing video games and watching sports in his spare time.