Betting on football games by playing squares is one of the easiest to ways to get a party going or to simply bet on a game. To play squares all a bettor does is simply choose a square. The numbers are randomized once all the squares are filled in order to both ensure fairness and to make it as easy as possible to play. The winner of a game of squares is the participant who has the correct final digit of the score for both teams. The winning square of Super Bowl 56 would have had a 3 in the Rams axis and a 0 for the Bengals. An advantage is given to players with the 0, 3, 4, and 7 squares because those are the most common digits that games end on. Squares is an incredibly basic game that can be hand drawn for a party or simply done at a legal online sportsbook that offers Super Bowl squares. 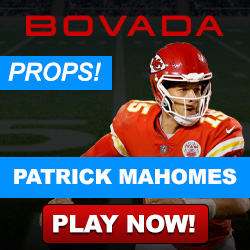 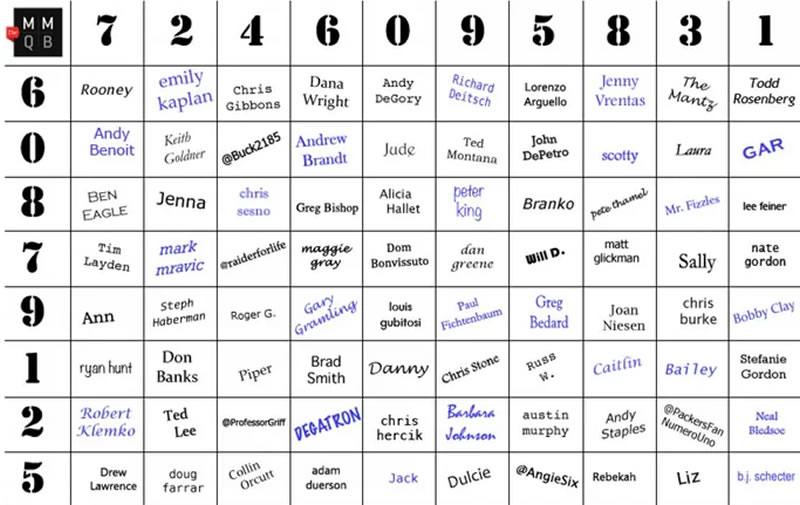 Nearly all sports bettors across the United States have heard of Bovada, and rightfully so. Bovada has the best odds in the industry, has the most trustworthy history, and even has the best customer service team! Bovada will offer the betting odds on every NFL and NCAAF football game, as well as prop bets such as squares and player props for most games as well. Bovada is a big-name sportsbook for a reason, they are simply the most well-rounded legal sportsbook.

For sports bettors looking to get the largest possible bonuses, look no further than BetOnline. BetOnline offers bonuses for all sports, casino, poker, and racebook players on their site. Sports bettors can expect a 50% match on initial sportsbook deposits, with that percent match rising to 100% if the deposit is made with a cryptocurrency. BetOnline will give players a maximum match value of $1,000 when depositing into their elite sportsbook.

Wager On Sports At BetOnline!

Squares Contests On Every Game

MyBookie is the best sports betting option for players truly dedicated to playing squares. For each NFL game, as well as many NCAAF and NBA games, MyBookie runs squares contests. When MyBookie hosts a squares contest players get paid out 100% regardless of whether or not all 100 squares were purchased. Participating in MyBookie’s squares contests is as easy as it sounds: each player gets their own square, the numbers are assigned once the event starts, and players get paid out regardless of the registration status of other users.

Is It Legal To Play Super Bowl Squares?

Since Super Bowl squares falls under the category of social gambling, it is legal in most of the country. Some states have limitations on how much the grand prize can be before it is no longer considered a social game, others mainly place a limit on the buy-in cost which is usually around $50. Even in states that outright ban social gambling, i.e., Georgia, this is rarely enforced due to there being no overarching gambling operation collecting the funds. The local government is focused on taking down big illegal operations and is not paying any attention to smaller office pools for Super Bowl squares. Players should not worry about legal ramifications from playing Super Bowl squares for Super Bowl 56.

How Does Super Bowl Squares Work?

There are a few different ways to play NFL squares but the idea is the exact same to start. Bettors are made aware of a per-square buy-in price ($1 for example). A bettor can purchase as many squares as they wish and they add their name in one of the 100 boxes on the 10 x 10 square. After the entire sheet is filled, a method to label each column and row with a number is formed. The methods range from pulling numbers out of a hat, using a number randomizer, or a handful of other methods. Once the rows and columns have their numbers in place, bettors have the first look at what their squares look like.

The idea behind Super Bowl squares is to have your numbers picked at the end of a quarter, half, or game. Some pools also score based on every point scored in the game, but the quarterly winnings are the most common method. Bettors win money by having their square in the position of both of the teams’ last digit of their point total. For example, the New Orleans Saints are playing the Tampa Bay Buccaneers and the Saints are leading 10-7 at the end of the first quarter. The NFL square operator would find the side of the grid associated with the Saints, use the column with the 0 and cross-match it with the other side of the grid associated with the Bucs. Only one winner can be associated with each cross-section, making the payouts quite rewarding.

In our $1 buy-in example, the total pot would be worth $100. Some Super Bowl square games break down each quarter evenly, giving up to four bettors $25 each. However, other games seem to give the winner of the final score the majority of the money, leaving the other $50 or so for the other bettors to share. The payout methods can be varied, but the idea is always the same – pick a spot, hope for “good football numbers”, and see if the score reflects the numbers associated with your square.

The Best And Worst Numbers To Have In Super Bowl Squares

Though this style of wagering has no ability to be controlled, bettors can see the production of their numbers over the last few Super Bowls. Every player always has a superstition about certain numbers but the truth of the matter is, any number could be successful with the variety of scoring options in the NFL. That said, there are some clear positive outliers in terms of what numbers hit most often. Bettors should feel confident should they land on a 0, 3, or 7. These numbers are common scoring increase totals (or a lack of scoring) and are some of the bettors’ favorite numbers to see. This is pretty intuitive – NFL teams tend to score in increments of seven and three, and seven plus three is ten, which ends in zero.

When the square’s number is revealed, bettors who are on the 2, 5, 8, or 9 are given some of the worst opportunities to win. Though 2 (safety), 5 (two touchdowns with a PAT and 2-pt attempt), 8 (touchdown with 2-pt attempt), or 9 (three field goals) is possible, the likelihood of other scoring events interrupting this pattern is more likely. In reality though, once the Super Bowl score breaks past 20 points, any scoring method can cause obscure number endings. Super Bowl Squares tends to reward players at the end of each quarter so that there are multiple chances to win. Given this, there is a pretty decent amount of data regarding what the best numbers to have are. Based on the past 55 Super Bowls with four quarters each, the numbers most likely to hit are as follows.

The best sportsbooks for betting on Super Bowl squares can always be found online because these odds can always be accessed by US players. Bovada and BetOnline both offer squares for Super Bowl 57 and can be easily accessed by any FL player through their mobile device. Both of these secure online books can be used to wager from the mobile browser on a smartphone from anywhere in the Sunshine State. Whether sitting at home watching Gasparilla highlights or hitting up Hard Rock Café, BetOnline and Bovada can be used to wager on Super Bowl 57 squares any time of day with no restrictions in Florida.

There are big deposit bonuses that can be accepted by US players before betting on Super Bowl squares. The best online sportsbooks offer both welcome bonuses and existing player bonuses that can be used for SB betting. Depending on the sportsbook, there are deposit match promotions that can give out up to $1,000 in betting credit for dropping cash on squares in February. All of the deposit bonuses have rollovers attached that have to be met before fast payouts can be requested. The information for all of the best bonuses for betting on squares can be found below:

For any US players that want to be able to fund their online sportsbook for last second betting on Super Bowl squares, cryptocurrency is the best option for books that accept the method. While crypto is not currently available at any land based sportsbooks, the secure deposit method can be used at online books such as Bovada or BetOnline. There are no fees with any crypto deposits or withdrawals at the sites recommended on this page breakdown for betting on Super Bowl squares in the US.

With the most pressure on coaches and players in the Super Bowl, bettors may wonder if that leads to truly unique score combinations on the biggest stage of them all. Over the past 20 seasons, bettors have seen many different score combinations, with every number except for six showing up at least once. Bettors must go back to the Greatest Show on Turf St. Louis Rams Super Bowl victory to find a six, thanks to their 23-16 victory over the Tennessee Titans.
[Bullets]