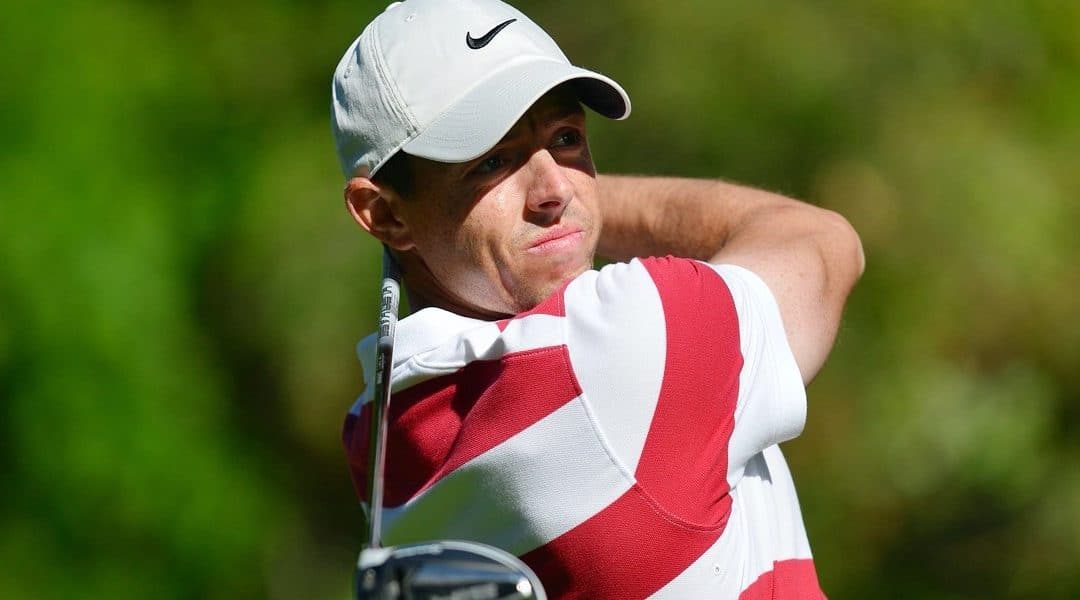 Rory McIlroy is favored over Tiger Woods and Brooks Koepka in their grouping.

DUBLIN, Ohio – The PGA Tour has been a welcome companion for the sports-depraved soul in recent weeks with some tremendous competition and talent displays since returning to play.

After a thrilling playoff battle at this very same course last week, Collin Morikawa and Justin Thomas return to Muirfield Village for the biggest event since the return, the Memorial Tournament.

They will be joined by the biggest names in the sport with Rory McIlroy, Bryson DeChambeau, Brooks Koepka, Dustin Johnson, Webb Simpson, and the big cat himself, Tiger Woods, all set to tee off Thursday.

The Memorial presents a wide field of betting opportunity across many different fronts, but today we take a look at some of the prop bets available for the tournament.

To start things off, there are some insane groupings hitting the course Thursday that are all available for individual round winner prop bets.

A group like that is enough to make any golf fan week in the knees.

Tiger Woods’ return will be the central focus of the early stages of the tournament as the legend plays in his first event since the hiatus. Rory McIlory will be making his return as well after taking a couple of weeks off since the Travelers Championship where he finished T-11.

Brooks Koepka was in the field last week on this course where he was unceremoniously cut after shooting an opening-round 74.

While the entire world and their grandma will be rooting for Tiger this week, it is only in the true nature of the educated golf bettor to fade the overvalued Woods.

Tiger has never been one to blow open the scorecard on the first day. Woods much preferers to comfortably make the cut before taking control over the weekend. He will also be playing his first golf in months on one of the tougher courses on Tour.

Combine that with Koepka’s weak showing at this course last week, and McIlroy at +140 becomes a strong choice.

Another outstanding group features three men who could all easily win this tournament.

All three are strong choices for outright bets, but for this first round 3-ball, the choice has to be Justin Thomas.

JT had a three-stroke lead with three holes to go at the Workday Charity Open. He would end up being caught by Collin Morikawa, who then defeated Thomas after three playoff holes and took the big check.

Thomas will be coming out with vengeance this week, and while DJ and Schauffele pose a tough challenge, Thomas simply has the more recent experience on these holes.

Speaking of Morikawa, the future star will look to repeat his winning performance that saw him shoot two rounds of 66 and a 65 en route to a win on this course.

In this prop bet, he takes on Norwegian Viktor Hovland who finished third last week in one of the best showings of his young career.

Both have proven to know their way around this course, but in a battle of sustainability, Morikawa gets the nod due to his consistent putting. However, don’t be surprised to see Hovland hanging around once again over the weekend.

This one jumped off the online betting board as soon as it was posted.

While Rickie Fowler played well last week at Muirfield on his way to a -8, T22 finish, Gary Woodland looked deadly.

Woodland shot a 66 on Saturday to put him within striking distance of the leaders. He ended with a final-round 69 to put him at -12, good enough for a T-5 finish.

Woodland has been very consistent since the return of golf, and while Fowler played well last week, consistency has always been his biggest issue throughout his career.

While these props provide some terrific entertainment for the early rounds, there is plenty more betting on the Memorial on to be done.

Regardless of any bet results this weekend, be sure to take the time to enjoy what will be one of the best live sporting events in a good while.