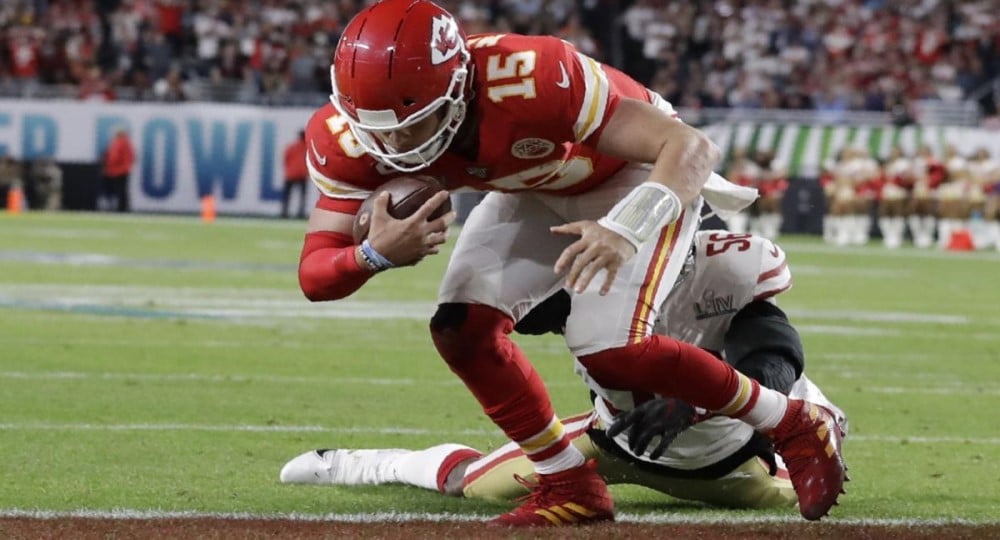 MIAMI – The first half of Super Bowl 54 has ended and for those NFL fans that missed some key plays, here’s everything that went down, odds included.

The San Francisco 49ers won the coin toss which landed on tails (-105) and San Francisco deciding to defer to the Kansas City Chiefs.

Kansas City was the first team to punt it (-105) Quarterback Patrick Mahomes couldn’t do anything with the ball, having both a 2nd and 2 (tipped by Bosa) and a 3rd and 2 thrown away under pressure.

When it came to which political commercial came first, Trump won with (-250) as his commercial appeared during the first half.

The Chiefs scored three, tying the Super Bowl score at 10-10 going into halftime.

Christina has been writing for as long as she can remember and does dedicated research on the newly regulated sports betting market. She comes from a family of sports lovers that engage in friendly bets from time to time. During the winter months, you can find Christina baking cookies and beating the entire staff at Mario Kart…the N64 version of course.