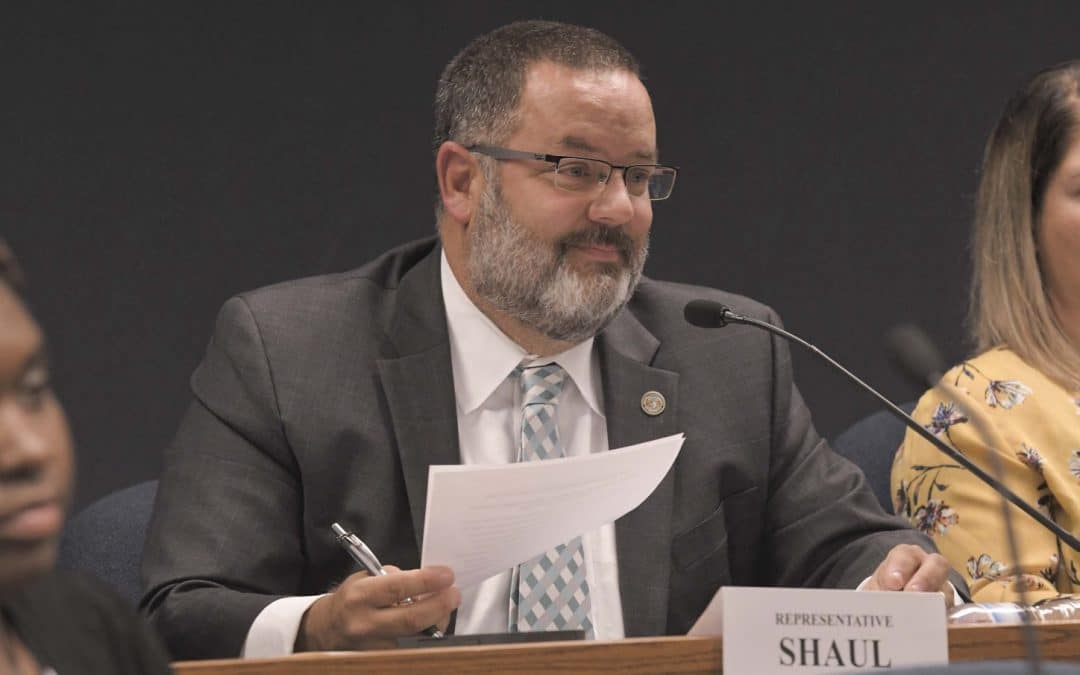 JEFFERSON CITY, Mo. – The General Assembly adjourns on May 15 but what’s happening with the Missouri sports betting bills on the table?

The Show-Me State has heard multiple bills that would legalize gambling on sporting events this legislative session. However, the bill that has had the most traction with lawmakers is House Bill 2088 and Legalsportsbetting got its sponsor, Representative Dan Shaul (R-Imperial) to weigh in via phone interview on Tuesday.

House Bill 2088 is a sports betting bill that would legalize the activity through the use of lottery terminal style machines. These machines could be found at various retail locations and would be regulated by the state at a 9% tax rate on all revenue for sports betting.

It is estimated that $100 million could be made annually from the market in Missouri.

MO HB 2088 has ultimately passed through each committee that it’s been presented to. Its last action was seen on March 18 where it was placed on the formal perfection calendar. A date has not yet been set for a hearing. In this phase of the legislative process, a bill can be altered, amended, and “perfected” into a final draft that would be voted on by lawmakers either in favor or opposed to legalizing sports betting.

Representative Shaul, who Legalsportsbetting previously spoke to, said that the Missouri General Assembly is tentatively set to reconvene on April 27 but he was unsure of whether or not the topic of legal gambling on sporting events would be discussed within the three-week timeframe that would be left in the session.

Given the current Coronavirus pandemic, Shaul believes this could have a somewhat positive effect on the outcome of sports betting legalization.

“Taxes and revenues are not coming in the way they used to, given the fact that everything has been shut down for over a month. Sports betting might be one of the things that is easier to pass given the fact that revenue is down and we need revenue, so why don’t we tax an industry that is existing untaxed and unregulated in the state now. That might allow some of the friendly opposition to vote yes and get us to the point to pass this year,” said Shaul.

Shaul went on to say that while he believes there is a 50/50 chance of sports betting being a topic of discussion during the current session, there may be room for special sessions that could take place in the future to go over things the Assembly was unable to cover due to the delays caused by the Coronavirus.

The Other Bills On The Table

There are two other bills up for legalization in regards to sports betting for Missouri.

House Bill 2284 and House Bill 2318. Both of these bills haven’t seen any movement since early March within the Assembly.

MO HB 2284 would see a 9% tax rate like that of MO HB 2088. Official league data would be required by sportsbooks under this bill. On March 5, the bill was referred to the House Committee for Rules-Legislative Oversight where it has not been scheduled to be heard. Both mobile and retail sports betting would be made legal under this House Bill 2284.

MO HB 2318 has a tax rate set at 6.75%, the smallest of any of the bills up for legalization. On March 4, it was sent to the House Committee for Rules-Legislative Oversight as its competing bill, House Bill 2284 was. There is no calendar date set for it to be heard by the Committee. This bill would make both mobile and brick and mortar sports betting legal. Official league data is not required under the terms of MO HB 2318.

Shaul has said there is still a chance this year for legal gambling on sports matchups to become a reality and everything is still on the table in regards to legalizing sports betting in 2020.

“The gaming bills were all close to being passed prior to the delay and now the revenue need may push them over the edge to pass this year. We will roll the dice on this and hopefully get the votes we need if everyone is on board to go back into session given the current pandemic, some may be hesitant to return to the Capitol on the 27th,” said Shaul.

Of all three bills that would make sports betting legal in Missouri, Shaul’s bill MO HB 2088 is the one that has made the most progress. If the bill can be perfected before the General Assembly adjourns in May, the legal gambling on sports match ups could become a reality for the Show-Me State.

There will be three weeks left of the regular session once they reconvene and Shaul is confident given the state of finances that sports betting will be discussed. Should they end up passing his bill or any of the bills for legal wagering on sports, August would be the earliest at which the new laws would be enacted.

Christina has been writing for as long as she can remember and does dedicated research on the newly regulated sports betting market. She comes from a family of sports lovers that engage in friendly bets from time to time. During the winter months, you can find Christina baking cookies and beating the entire staff at Mario Kart…the N64 version of course.