Jimmy “The Greek” Snyder was born in 1908 in Steubenville, Ohio and is considered to be one of the best sports bettors ever. His birth name, Dimetrios Georgios Synodinos, reflected his heritage, as his family had its roots on the Greek island of Chios in the Aegean Sea. From an early age, Jimmy was acquainted with bookmakers, making his first wager at the age of 13 at a candy store. He dropped out of high school during his sophomore year to make gambling his profession. When his industrial ambitions didn’t pan out in his small town of Steubenville, he moved to Las Vegas in 1956, got on television, and brought sports betting into every household in America. As such, “Jimmy the Greek” was one of the most influential sportscasters of all time. His net worth right now is estimated at around $5 million 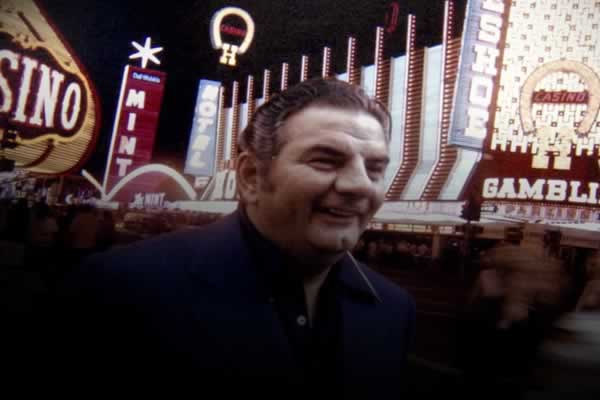 Jimmy The Greek Gets His Start

Jimmy the Greek has been betting on sports ever since he was in his teens. By the time he was 30, he was ready to start making some of his most famous wagers. His biggest bet at the time was the $10,000 he placed on Harry S. Truman to become president over Thomas Dewey during the 1948 presidential election. Jimmy won the bet on 17:1 odds, giving him a $170,000 payday. The bet was really risky as even newspapers couldn’t predict who would win the presidential election. If you adjust for inflation. That wager is worth $1.7 million by today’s standards. Jimmy went on to make a profitable career through legal sports betting.

Having lost a large portion of his winnings from the Truman election to various ill-fated oil-drilling and coal-mining ventures, Jimmy the Greek decided to move himself and his family to Las Vegas, Nevada, one of the few places in the United States where gambling was legal at the time. His move prompted him to dive into the business he loved best, gambling, and sports betting in particular. In 1956, he started selling his weekly pro-betting line tips that he’d write up based on his knowledge of the game. This would make him famous in various sports betting communities.

He began selling his picks nationwide as word spread of his business. However, laws began to come out forbidding gambling businesses to cross state lines but Snyder did not abide by these laws and was soon arrested. In 1961, he started writing a legitimate column for the Las Vegas Sun with both sports and political picks for upcoming events. Only after that did he regain the respect of his peers that he lost after his initial arrest. From there, his career in sports would only get better.

After gaining more fame from sports betting, Jimmy was hired as an on-air analyst for CBS’s “The NFL Today.” Alongside Brent Musburger, “Jimmy the Greek” would share his weekly NFL predictions on winners and losers, and he subtly educated a national audience on the then-taboo subject of sports betting.

Before Jimmy got on television, the average NFL fan had no idea what a spread was or how favorites and underdogs worked. And though he didn’t ever explicitly tie his score predictions (from which the spread could be gleaned) to the gambling underground, Jimmy – kind of by proxy – made sports betting in America normal. There aren’t many opportunities for the lowly sportscaster to literally change the culture of an entire country, but if one ever actually did (or even came close), it was Jimmy the Greek. In 2022, with an entire cottage industry of sports betting talk shows, Jimmy the Greek’s influence looms large still.

Arguably one of the first sports industry victims of the political correctness movement, Jimmy the Greek’s public life came to an end in 1988 when CBS fired him for “racial comments”. During an interview, Jimmy suggested that selective breeding during the US slave era led to physically superior athletes with frames and builds especially suited to explosive contact sports like football. Perhaps less judiciously, Jimmy also opined that, should African Americans take over all the coaching jobs (as campaigned for by the Affirmative Action set), “there’s not to be anything left for white people.” Jimmy thus shifted out of the limelight inside and out of the sports betting world, as opinions toward this famous sports bettor became more divided until his death in 1996.

It’s All About The Facial Hair In Politics

Jimmy The Greek had a theory about facial hair when it came to betting politics. His famous wager also known as his “big break” into the betting world came from gambling on Harry Truman to win the 1948 Presidential Election. Why would Snyder bet such a huge sum of money for the time on a candidate that was given 17:1 odds? Facial hair. Truman had none while his opponent Thomas E. Dewey had a mustache. Now Snyder did his research on this before placing the bet and that research was rather sneaky.

He told his sister he was going to grow a mustache and she told him women preferred men without them. Going on her word, he found three ladies from church to survey a total of 500 women about their thoughts on facial hair. Of the 500 ladies polled, 325 did not like facial hair. That sealed the deal for Jimmy the Greek betting on Truman and winning $170,000 to kick off the start of his prolific gambling career.