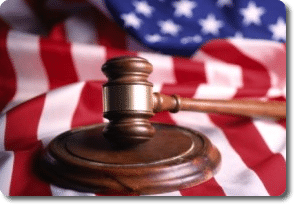 Sports betting laws in the United States are changing rapidly. While wagering on sports has long been an American tradition, many folks have been under the impression that the activity is largely against the law. Well, that used to be true; however, on May 14, 2018, the US Supreme Court overturned the Professional and Amateur Sports Protection Act (PASPA, 1992), lifting the ban on states being able to establish their own sports wagering industries. No longer does Nevada (primarily Las Vegas) have a monopoly on legal sports betting in the country and states are finally free to set up their own betting rules and regulations. Many already have.

Despite these positive developments, there are still federal laws on the book regarding sports wagering. The Interstate Wire Act of 1961 and the Unlawful Internet Gambling Enforcement Act (UIGEA) of 2006 both remain in effect. Both are limited in their application to gambling operators physically located within the United States, so bettors are still able to freely gamble despite those laws. As sports betting continues to become a more widely accepted in American culture, these laws will undoubtedly evolve, and they will likely eventually be repealed. Although no American laws prevent you from gambling, it would still benefit you to learn about them. Information is power, after all.

PASPA, the Professional and Amateur Sports Protection Act, passed in 1992. This law has long been the sole real hurdle for eager American sports bettors. In practice, PASPA allowed Nevada to have a monopoly on single-game sports betting. Given the overwhelming popularity of US sports betting, it was a financial catastrophe. The law bankrupt major casino districts like those in Atlantic City, NJ, and Biloxi, MS. Also, PASPA cost the government a yearly estimated $400-500 billion in taxable expenditure. Of all the US sports betting laws, PASPA was by far the biggest, most obvious mistake.

During PASPA’s reign, only 1-3% of the total sports betting handle was bet in Nevada. The rest of that action went underground or to online sportsbooks. It has been over four years since its appeal and over half of the country has regulated sports betting. This shows how much this federal law served as a roadblock for many states.

Read Our Article: What Is Papsa?

The Unlawful Internet Gambling Enforcement Act of 2006 (UIGEA) was written to deter US financial institutions from processing payments related to Internet gambling. Included in the SAFE Port Act 2006, the UIGEA is a provision that requires banks and other payment processors to monitor designated payment systems such as cards, checks, and bank wires for “restricted transactions”, While the UIGEA will make it more difficult when using your Visa or MasterCard to make a deposit at an online sportsbook, there are certain sites that have higher success rates than others. Like most federal sports betting laws, the UIGEA only applies to businesses and not the individuals placing bets.

While the UIGEA sounds scary and intimidating, it doesn’t actually do much to stop “unlawful Internet gambling”. That’s probably because most of the gambling it actually addresses isn’t unlawful in the first place, given that offshore sportsbooks accessible over the Internet do not constitute illegal bookmakers. The law is further neutered by the advent of Bitcoin and other cryptocurrencies, which allow bettors to fund their accounts and receive payouts without ever going through a banking service on either end. All in all, the UIGEA is the poster child for ineffective legislation to address nonexistent problems. Hopefully, the law will be eradicated in due time, but until then, if you ever have a card declined while trying to fund your sports betting account, simply wait a bit and try again, use a different card (like an Internet Visa prepaid/gift card), or just use Bitcoin or another supported altcoin. Indeed, there is some debate about the origin of Bitcoin itself, with many analysts claiming that the catalysts for its creation were the strict sports betting laws in the United States.

Read Our Article: What Is The UIGEA

The Restoration of America’s Wire Act, or RAWA, was designed to strengthen and broaden the Wire Act after the DOJ ruled in 2011 that the law only applied to sports betting. While this received some notable support in the legislature after its initial proposal in 2014 (co-sponsored by Republican Senator Lindsey Graham and Utah representative Jason Chaffetz), the bill gained no support and never advanced.

The necessity for RAWA, in effect, at least temporarily obviated when the DOJ, in 2018, reversed course, stating that the original Wire Act did indeed apply to all common forms of gambling. This, it seems, has deprioritized the issue, albeit a DOJ statement is not nearly as binding as an official law (and, as shown, can be reversed at any time). Lobbyist and casino magnate Sheldon Adelson was the main driving force behind RAWA, as online gambling threatens his land-based casino interests.

The Interstate Wire Act (also called the Federal Wire Act, the Interstate Anti-Crime Act, or simply the Wire Act) was a piece of legislation signed into law in 1961 by former president John F. Kennedy at the behest of his brother Robert F., who was the US Attorney General at the time. Sold to the public as a means to stop the proliferation of mafia-related numbers rackets across state borders, the real impetus for the very first of the US sports betting laws was to stop sports gambling and underground lotteries from competing with state-sanctioned lotteries. Naturally, the states could not abide competition in this arena, as their own lotteries provided huge amounts of income to fund their programs and schemes.

The way that the Wire Act seeks to curb unlawful interstate gaming is to make it illegal to use wire communications (hence the law’s name) to accept sports wagers or other kinds of bets over things like telephones and telegraph systems. Indeed, semaphore is even outlawed! Naturally, with the advent of the Internet, this new communications form, traveling over wires, was also covered by the Wire Act, as is wireless wagering in our modern times. In 2011, the US DOJ stated that the Wire Act applied only to sports wagering. However, in 2018, the same US DOJ stated that the Wire Act does in fact apply to other forms of gambling, as well.

The only real effect of the Wire Act now, however, is that it prevents residents in one state from picking up the phone or logging onto the Internet to place a sports bet in another state. This is called geo-fencing, and even the casino and sports betting apps in Nevada are bound by GPS to only allow those physically in the state to place wagers. This problem, of course, doesn’t exist with legal offshore sportsbooks, as they operate entirely outside of the reach of US laws, and the Wire Act conveniently applies only to bookies, not individual bettors. That’s why these overseas books exist and continue to thrive.

Read Our Article: What Is The Wire Act?

There is one particular sports betting law that is in the works, although it has not been officially filed as of yet. Back in September of 2019, US Senators Chuck Schumer and Mitt Romney began working on a form of legislation with the goal to create federal standards or guidelines for states who plan to regulate sports betting in the future. Currently, in the US, sports betting is handled on a state by state basis, making the rules vary drastically from one state to another. The proposed bill would make a unified sports betting set of rules that any state who regulates sports betting would then follow. Schumer initially tried to create a similar sports betting law earlier in the year but was ultimately a waste as the bill went nowhere. This newer proposed bill has more potential going forward, however.

Potential For Similar Laws In The Future

Will there ever be a PASPA style law passed in the future within the United States? The likeliest of answers is no. The US has lived both in a PASPA world and a post-PASPA world and the economy has thrived in one more than it has in the other. Sports betting will always be something that Americans participate in. To ban it would only be hurting the country and the revenue it gains from the industry. It wouldn’t hurt the consumer as there are outside outlets to gamble are sporting events that are completely legal.

The only difference if another ban were to occur would be the US not profiting from those outlets the way they do in a post-PASPA world with their own platforms, which is why it would be highly unlikely that any legislation would pass like that of PASPA in the future. That’s not to say that there won’t be proposals that will come along as some people will always be opposed to legal sports betting but to go as far as becoming a law again, a betting man would wager on the side of “No.” The legal sports wagering industry is just too lucrative in the US to ever be banned again.

Introduced by Representative Frank Pallone, Jr. (D-NJ), the GAME Act was intended to effectively repeal and replace PASPA. Introduced in 2017 as HR 4530, the GAME Act sought to return to the states their rights to legislate their own sports betting rules. There were other considerations involved, namely a passage codifying daily fantasy sports (DFS) as “gambling,” which the DFS lobby is vehemently against. Needless to say, the Supreme Court overturn of PASPA temporarily derailed the GAME Act, though it may come about if the federal government wishes to regulate gaming nationwide. Hopefully, the states – which all now have total gambling sovereignty – will resist any efforts to bring sports betting back under the umbrella of the US government.

Read Our Article: What Is The GAME Act?

Bound by a sports wagering prohibition known as PASPA, many states we not able to introduce any sports betting laws by state. Outside of Nevada, Oregon, Montana, and Delaware, new markets have emerged but all of them are slightly different – even if they allow the same kind of betting styles, sports, etc. For example, some markets that only accept land-based sports betting will only offer these options at tribal locations while others will accept wagers at commercial casinos as well. Markets that are online-only see differences as well like Wyoming accepting cryptocurrencies as betting options. Looking at the different sports betting laws by state is the best way to stay up to date if you are traveling and want to bet on sports. One primary difference across multiple markets is the sports betting age. While most markets require bettors to be 21 years old or older, some allow wagers to take place starting at 18 – including online betting sites.