Betting on the WNBA can seem like a daunting task, as the average sports fan is exposed to the league much less than other leagues like the NFL, NBA, and MLB. However, if you are willing to do your homework, betting on the WNBA can provide you with some of the best values in all of sports gambling. There are a few reasons for this, but the primary reason is that lack of exposure leads to less overall betting volume on the WNBA. This is great news for bettors, as there will be much less line movement as a result of public opinion. Even better news is the fact that oddsmakers pay less attention to events that the public bets on less. The lines in the NFL are notoriously accurate and hard to find value in; in the WNBA, there are value plays almost every day of the season. As you can see, it can certainly pay dividends to do your homework when betting on the WNBA. 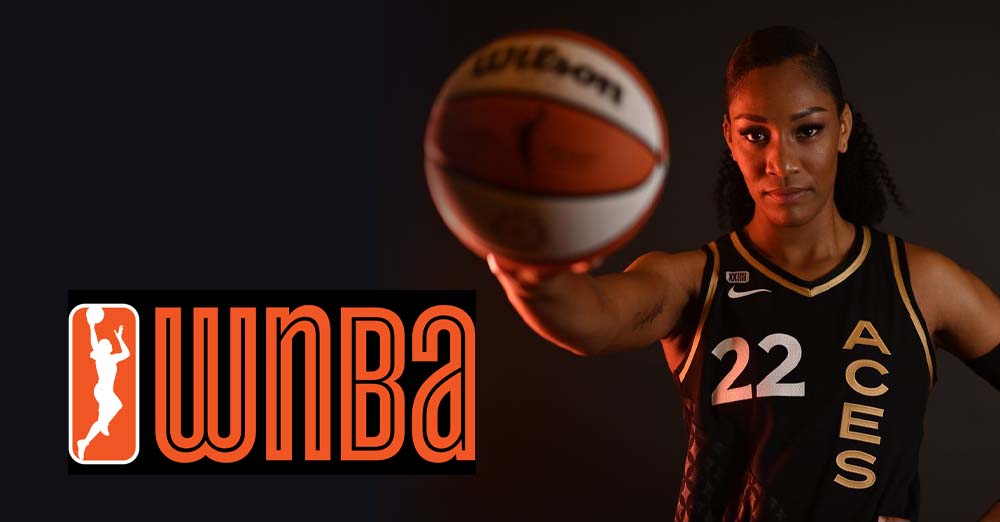 With sports gambling being legalized across the country, there are more options than ever available for online sportsbooks. This leads many to wonder, “What is the most trustworthy online sports betting platform available?” After all, if you want to bet on the WNBA online, you definitely need to have trust in the platform you are using in order to have a fun, worthwhile, and hopefully profitable experience. Here are a pair of sites that are widely known and trusted as among the very best WNBA betting sites with by both industry professionals and casual sports bettors.

The Most Popular Option

Bovada is the most widely-known and trusted name in online sports betting. They offer an incredibly easy-to-use user interface as well as a customer help center and game previews to allow bettors to get in on the WNBA action with ease. One unique feature that attracts many customers to Bovada is their WNBA live betting, which allows bettors to place live wagers on the action as it unfolds. They offer the best available variety of betting odds, including game odds, futures bets, and prop bets. They also offer a variety of online, casino-style games, like blackjack, roulette, and poker for gamblers to try their hand at. Bovada is, by far, the most used online sportsbook, and they have a shining reputation as a result of their top-of-the-line customer service. There are more options than ever for online sportsbooks for bettors to use, but perhaps none compare to the biggest name in the industry–Bovada.

Betonline has established a reputation in the last few years after acquiring SportsBetting.ag as one of the most trustworthy sportsbooks available for betting on women’s basketball online. They offer a wide variety of betting odds, including plenty of WNBA odds and futures. They also post their odds very early; often before most (if not all) of the competition, allowing bettors to find some great value plays. Their easy-to-use online sportsbook allows bettors to have a worry-free sports gambling experience, and they offer a wide variety of bankroll-funding and cashout options. If you are a serious sports gambler that is looking for a no-nonsense book that you can count on for timely payouts and early, valuable betting lines, Betonline may be the best choice available for you.

The WNBA season in nearing a close and the Las Vegas Aces have continued to remain the overall favorites to win the title. However, the Chicago Sky have become a serious threat to them ad the closest team to them this season terms of the odds to win the WNBA Championship. The Sky have the best record in the league right now and could push the odds to switch at any moment before the playoffs begin.

Are The Aces Locked To Win The WNBA Championship?

A smart sports bettor understands the ins-and-outs of the sport and event they are betting on before placing their wagers; therefore, it is vital to understand the intricacies of betting on the WNBA before you get started. Here are some tried-and-true tips to help you start your WNBA betting career off on the right foot.

Not all sports betting odds are created equal. Each sportsbook creates their own WNBA odds for each game and event; this means that often, each sportsbook has slightly different odds. Savvy sports bettors will look around for the sportsbook that is offering the most advantageous odds for them, and place their wager there. This can result in a gambler winning a bet that they would have lost on another site, or getting a higher payout than they would have on another book.

Often, you will notice that the odds for a game have changed over the course of a few hours or days. This is because a sportsbook always attempts to garner an equal amount of wager money on both sides of the outcome of a game, to ensure profitability. When a certain set of odds is resulting in a lopsided amount of money being placed on one outcome, oddsmakers will shift the odds in an attempt to entice those to bet on the other outcome. It is good practice for a sports bettor to monitor line movement, as it is perhaps the best barometer for both public opinion and sharp money (professional gamblers who place large wagers that can move the line very quickly). Some base their entire WNBA gambling strategy on these line movements, either by going with quick changes caused by sharp money (often referred to as “trailing”) or by going against slow changes in the line caused by public opinion (“often referred to as “fading the public”). Either way, it is very important to keep an eye on line movement.

Don’t Bet Against The Public

While it is a popular strategy in many other sports to “fade the public” as referenced in the last tip, the WNBA is perhaps the worst sport to follow that strategy in. This is purely due to lack of volume, as casual sports bettors very seldom bet on the WNBA, so the line is not often changed as a result.

Do Bet With The Sharps

It can be tricky to find advantages in sports betting, but one of the biggest things to look for if you’re betting on the WNBA is called reverse line movement. This is when–despite public bets on one team being in the minority–the line moves to the lesser-bet team’s disadvantage. For example, if a team is garnering only 38% of the bets as a -5 point favorite and the line moves to -6, it would be referred to as reverse line movement. This is because sportsbooks don’t look to balance the amount of different bets per side, but the total amount of money wagered on both sides. This type of line movement is a sure indicator that the sharp money is on the lesser-bet team. Sharps are called sharps for a reason–they’re professional sports bettors who make their living placing large wagers. It is a good strategy to follow their lead.

Look For Value In Underdogs

Another popular strategy when betting on the WNBA is to look for double digit underdogs. Since 2005, WNBA teams that were underdogs of 10 or more points have covered the spread in 55.6% of regular season games. Because there is less interest in the WNBA than many other sports, there is often a lot of value to be had in big underdogs, as large point spreads are very difficult to get right by oddsmakers, especially in basketball.