TEMPE, Ariz. – On Friday, the NFL announced that Arizona Cardinals cornerback Josh Shaw will not play another snap for quite some time due to gambling on multiple NFL games.

The NFL issued a statement suspending Shaw “indefinitely”, though the punishment will stick for at least through the 2020 season.

“The continued success of the NFL depends directly on each of us doing everything necessary to safeguard the integrity of the game and the reputations of all who participate in the league. At the core of this responsibility is the longstanding principle that betting on NFL games, or on any element of a game, puts at risk the integrity of the game, damages public confidence in the NFL, and is forbidden under all circumstances,” said NFL Commissioner Roger Goodell. “If you work in the NFL in any capacity, you may not bet on NFL football.”

Per Ian Rapoport, Shaw went to Las Vegas to bet on several NFL games throughout the season. Up until May 14, 2018 when the Professional and Amateur Sports Protection Act (PASPA) was repealed, Nevada was the only state where American sports bettors could legally place single-game wagers on events.

On the Josh Shaw suspension, via sources close to him: Shaw went to a Vegas casino this fall with buddies from HS. He’s on IR & hasn’t been around the team since preseason. Shaw placed sports bets for the 1st time based on misinterpreted understanding of the Supreme Court ruling

The NFL played a monument role in the hold that PASPA played on the US sports betting industry, holding one of the most vocal stances against gambling for both players and citizens.

Since the law has been dropped, however, the NFL has softened its stance with teams making various partnerships and deals over the last year. The league itself has also actively petitioned to profit from legal sports betting by requesting that states include so-called integrity fees within potential legislation.

So far, there are 13 states with active sportsbooks and numerous others pending launch. None of the states with live sports betting have required operators to pay royalty fees to sports leagues.

Shaw’s suspension marks the first time in 36-years since an NFL player has been suspended for such activity. The last case was in 1983, when Baltimore Colts quarterback Art Schlichter was caught betting on various sporting events.

Schlichter was also labeled as being suspended indefinitely, but ultimately returned in 1984. Incidents such as these seem to be far and few between for NFL players, with Hall of Famers Paul Horning and Alex Karras being the only other high-profile cases.

While Shaw has been on injured reserve since August and was only signed to a one-year contract prior to the designation, his case even more marked as it is the first since the fall of PASPA.

The NFL-NFLPA Collective Bargaining Agreement does allow Shaw to appeal the suspension, but the three-business-day shot clock started on Friday.

Should he lose his potential appeal, the defensive back will not be eligible to petition for reinstatement until Feb. 15, 2021. Considering that Shaw has been in full cooperation with the league since the story broke, it is possible that he will attempt to take the proper recourse for reconsideration.

More on Josh Shaw: He used his own player card & ID. Shaw flew to NY immediately upon notice to meet with the NFL & cooperated fully. Shaw has the opportunity to appeal what is the harshest gambling penalty in decades. He considers it an innocent mistake with a severe outcome.

Given the change in the legal landscape of the US sports betting industry, the outcome of Shaw’s situation could be similarly as monumental as the PASPA ruling.

The NFL could choose to make an example out of Shaw in order to set a precedent, though it would be counter to its actions of late.

The Oakland Raiders will soon become the Las Vegas Raiders, playing their home games at Allegiant Stadium for the 2020 season. The NFL also signed a multiyear with Sportradar to distribute real-time, official league data.

Concerns of integrity are valid when it comes to actual players and personnel betting on gambling outcomes, however, the league needs to consider how to adjust their policies to align with the current climate.

Whichever way the NFL decides to enforce its gambling policy, it will impact how future incidents are handled as well. 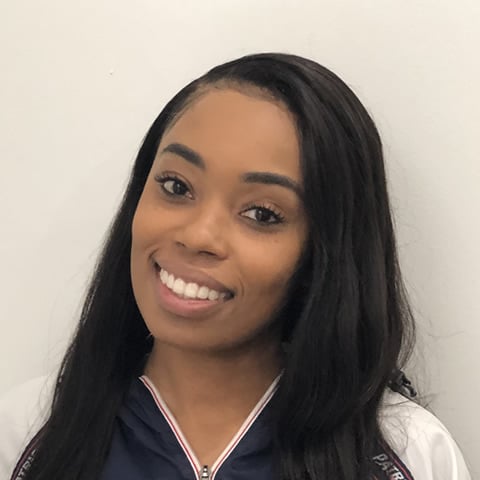