Is Sports Betting Legal In The US?

Legal sports betting in the US has become a trending topic as of late, largely due to the change in the federal landscape. Prohibitions that once plagued the industry are no longer an issue, giving the sports gambling industry the ability to expand for the first time in decades. The Professional and Amateur Sports Protection Act of 1992 (PASPA) once made it impossible for US-based operators to enter the sports betting market, which resulted in a thriving offshore industry.  Now, sports betting is completely legal in several different forms. While offshore websites are still leading the way, states across the nation are starting to open their own sportsbooks. Of course, this comes with stipulations as far as what each state offers and the laws surrounding how sports betting works. Find out exactly what each type of sports betting entails and how it all fits into the overall picture of legal sports betting. 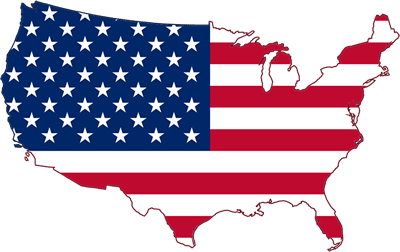 But wait—don’t laws like the UIGEA make offshore sports betting against the law? The answer to this question is no, as the UIGEA surprisingly mentions nothing regarding the legality of offshore versus regulated sports betting sites. Many are shocked to learn this because the formal title of the law is the “Unlawful Internet Gambling Enforcement Act of 2006”. Rather than placing limitations on online sports betting, it does just that on U.S. financial institutions. The United States Department of the Treasury and the Board of Governors of the Federal Reserve System issued regulations for banks that process payments from unregulated gambling sites. Institutions must prevent these “restricted transactions” from being processed, with credit card, check, ACH, money transmittal, and wire transfer systems all being monitored.

For offshore sports betting, the UIGEA means that there will be certain stipulations for certain payment methods. For example, debit/credit cards can only be used for deposits, while check withdrawals typically need to be deposited rather than cashed. Card deposits might also get declined on the first attempt due to monitoring systems required by your card issuer. The UIGEA has resulted in offshore sportsbooks offering a wide range of US-friendly banking options, such as bitcoin, MoneyGram, and gift card options.

PASPA, The Supreme Court, And What It Means For State-Regulated Sports Betting

The industry for state-regulated sports betting took a dramatic turn in 2018, when the Supreme Court made a landmark decision on PASPA. The federal law, formally known as the Professional and Amateur Sports Protection Act of 1992, was prohibitive to the expansion of legal sports betting in the US. PASPA forbids states from issuing new sports betting licenses, preventing additional sportsbooks from being opened after its effective date. The law also prohibited the promotion, operation, or sponsorship of any sports gambling scheme. Exceptions were made for states with sports betting laws prior to 1992, which is why Oregon, Montana, Delaware, and Nevada were technically still able to have sports betting operations.

The state of New Jersey made several attempts to bring sports betting to their borders in spite of PASPA, though each was met with legal opposition from various sports leagues. The NCAA, NFL, MLB, NBA, and NHL filed lawsuit after lawsuit, with each appellate court ruling in their favor. Eventually, Murphy vs. NCAA et al. went all the way to the Supreme Court, which is when the tides changed in favor of N.J. The state based its argument around the constitutionality of the federal law, citing that PASPA was commandeering and infringed upon the sovereign rights of each state. On May 14, 2018, the Supreme Court ruled that PASPA was in fact unconstitutional and violated the Tenth Amendment rights of the states. What started out as a win for NJ, turned out to be a win for every state in the nation.

What all this means for state-regulated sports betting is that the industry is finally able to expand. Each state can regulate sports gambling from a local level, with Nevada no longer holding a monopoly on single-game sports wagering. In about a year after the SCOTUS ruling, 17 states had enacted a sports betting law. Sports gambling research firm Eilers & Krejcik Gaming reported that an estimated 39 states could offer legal sports betting by 2023.

Not every state was a part of the initial wave of sports betting legalization in the U.S., but many are playing catch-up. Now that other states have been able to observe the various models in place for legal sports betting states, lawmakers are able to be more strategic in how to move forward. Some states have simply written entirely new sports gambling laws that must be passed by their Congress and signed by their governor. Others have proposed constitutional amendments, and some would require a voter referendum. In states that have tribal, commercial, and/or “racino” facilities, sports betting bills will specify which entities are approved to accept bets on sports. All roads lead to legal sports gambling, and the industry should be optimistic heading into the 2020s.

Many states have had conflicting views over mobile sports betting, and much of this stems from the Wire Act. The federal law states that gambling businesses may not use wire communications for the transmission of interstate sports wagering information or bets. Though the law does also read that “the transmission of information assisting in the placing of bets or wagers on a sporting event or contest from a State or foreign country where betting on that sporting event or contest is legal” is excluded, the law is still interpreted as banning all interstate sports wagering. As such, each state must utilize geofencing technology in order to ensure that only residents of their state are placing bets. Otherwise, the Wire Act will impose fines and possible jail time. In time, it is possible that the Wire Act will face litigation similar to that of PASPA.

States That Have Sportsbooks With Mobile Betting

There are only a few states that have sportsbooks with mobile betting, though this is predicted to change in the future. Mobile sports betting presents a lucrative tax revenue opportunity that every state could benefit from. For example, New Jersey generated $330 million in handle one month, with three-quarters of the wagers placed via mobile wagering apps. With states being plagued by a wide range of issues from astronomical debt to underfunded public programs, mobile sports betting revenue could help fill in the gaps.

The handful of states that have mobile sportsbooks available are Nevada, Pennsylvania, West Virginia, Iowa, Indiana, Oregon, New Jersey, and Mississippi. Mississippi differs from the other states, however, as there is not a true “mobile” option. The law permits mobile wagering to happen on-site only, meaning a patron must be physically present in the casino sportsbook in order to place bets from a mobile device. For this reason, the state has been scrambling to enact legislation that would expand this limited form of mobile wagering. Nevada initially required bettors to register in-person before accessing mobile sports betting apps, but the state eventually moved away from this practice. Some states may still try to implement a similar requirement as a way to help prevent underage gambling and further support geofencing efforts, but so far it has not been popular practice with mobile apps for legal sports betting.

How The Coronavirus Pandemic Has Affected Sports Betting Nationwide

The Coronavirus Pandemic has affected every aspect worldwide so it comes as no surprise that it would affect sports betting, even in terms of its legalization. Sporting events were shut down for months and legal retail sportsbooks were also closed across the country to prevent the spread of COVID-19. States that have both mobile and land-based sportsbooks could still operate and offer wagers with their online platforms during the shutdowns. States with just mobile could also find some sort of revenue through the gaming industry with these outlets. However, states that are strictly brick and mortar had to learn the hard way that mobile sportsbooks are crucial to the market, especially in unusual times like these, not just for the purposes of modernization but for ones of necessity.

And states without legal sports wagering altogether are heavily considering legalization in upcoming sessions as the sports betting industry could provide a whole new revenue stream for states in dire need of funding from the fallout of the Coronavirus Pandemic. COVID-19 has opened the eyes of lawmakers for making mobile sportsbooks in states with just retail locations and sportsbooks in states that haven’t yet passed legislation to finally consider the industry and all the possibilities it could bring to help their hometowns if it were to be made legal.