When it comes to professional esports leagues, Dota 2 is commonly known as the game with the most money to throw around. That is because Dota 2 is one of the most established esports leagues that are currently active. The biggest tournament for Dota 2, The International, has been around since 2011 and many hopeful esports competitors has come and gone trying to qualify for a spot in this coveted tournament. There are many esports teams in the world that compete in Dota 2, which makes this game extremely fun to wager on.

Many are aware that esports are different than legal sports betting, but what exactly is Dota 2? What kind of league and tournaments are featured with this particular esport? How big does the prize pools actually get with Dota 2 tournaments? There are a lot of questions you might have about Dota 2 as an esport, especially if you are not familiar with the game itself. On this page, we plan on answering the questions you may have surrounding this game. By the end, you should have enough information to start betting on Dota 2 tournaments. 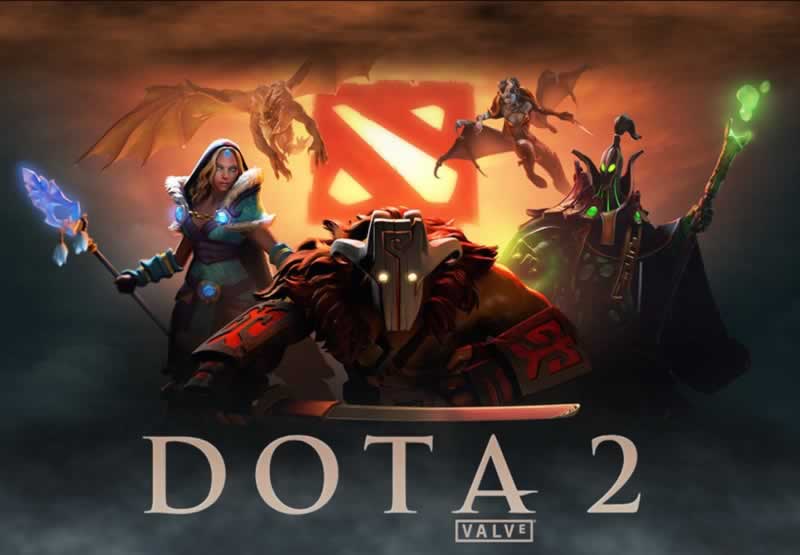 Sure, Bovada is the top online sportsbook when it comes to betting on sports around the world, however, they also offer plenty of betting odds on Esports as well. That includes odds on Dota 2. When betting on Dota 2, you will find game lines for the different Esports teams that compete in the game and the tournaments that they compete in. Aside from Dota 2 odds, you will also find Esports odds on tons of other games like Call of Duty, League of Legends, Counter-Strike, King of Glory, and much more. Bovada also has futures odds for some of the biggest Esports tournaments of the year.

Place Your Wager at Bovada Now!

Dota 2 is a multiplayer online battle arena (MOBA) that pins players against each other in an intensely competitive game. The MOBA was released by Valve Corporations in 2013 and since then has gotten extremely popular in the competitive gaming scene. The goal of the game is for two teams of five players to battle out in an attempt to destroy the opponent’s base (known in-game as an Ancient) while also defending their own. Each team looks to take control of the opponent’s side of the map utilizing the special skills and abilities of their chosen characters. When one Ancient is destroyed, the team that still has theirs remaining is declared the winner.

Dota 2 tournaments are live every single day of the year for the most part. There is a large variety of matchups and multiple bets to go along with them with mobile sportsbooks. These types of events are the most popular among fans of the game and non-fans that are more excited about the wagering aspect of it all. Either way, these tournaments are streamed by many. This sometimes leads to delays or hiccups in the connection due to the number of people trying to access the event.

The International 2020 tournament was slated to take place in April however it was then moved to August because of the Coronavirus Pandemic. After much consideration, it was postponed until 2021. It took place in Sweden and was made up of 18 teams with a prize pool to exceed $38 million, a new record for The International. Valve was hoping to hots a LAN event for Dota 2 in 2022, but canceled it over concerns relating to the Omicron and Delta variants of COVID-19

The International is Dota 2’s biggest tournament and it is possibly the biggest esports betting tournament in the world. The tournament starts off with the group stage event. The 18 teams that qualified first goes through the round-robin qualifier round. The teams with the best score will then go into the main event. The main event is tournament-style. It is a double-elimination event, meaning if a team loses once, they have one more chance to go through a loser’s bracket.

Once it is all said and done, only one team can be declared the winner. The prize pool for The International has exceeded over $40 million. First place receives around $18 million while at the very bottom, 18th place will get roughly $100,000. The prize pool will likely increase in the coming years as well. With such a high prize pool, it is no wonder people consider The International the biggest tournament of the year.

There are a lot of teams that take part in Dota 2. Many of them are quite popular and have loyal fan bases. Evil Geniuses was the first US-based Dota 2 team to win The International back in 2015. After them, Team Liquid from Europe is also popular as well. Team Liquid won The International back in 2017. There are plenty of other teams playing Dota 2, so bet on them all.

With so many different leagues and levels of competition, Dota 2 is played competitively nearly year-round. The field saw a brief break in the action thanks to the pandemic but was able to restart play either remotely or in socially distant environments. Currently, there are several Dota 2 leagues in action throughout the summer, with new events and tournaments to bet on every week. One of those events is the Great American Rivalry, which sees American teams face off in a world-cup style tournament.

One of the best ways to bet on esports is with live in-game betting. Live betting is a feature available on online sportsbooks that allows you to bet on the action of the match as it happens. When a team takes the lead or suffers a setback, odds will adjust on the fly according to the new situation of the match. This means you can double your bet, hedge your bet, or anything else while the game is taking place. Long gone are the days of being locked out of the betting page once the game begins. With live betting, you can always find action on Dota 2.