Ever since Jon Price was a kid, he knew that he loved sports betting. He knew that using his math skills and using various statistics would give him an edge in sports betting because he would easily find out sports betting outcomes. Price gained a financial degree while studying mathematics which helps him decide on the path that he needs to become a professional sports bettor. And so, the New Yorker did just that.

While he was in college, he further cemented that idea by winning his collegiate betting pool six times in a row. In fact, he was so good at sports betting that he completely paid off his student loans through sports betting before he even graduated from college. Before he finished college, Price had $50,000 in the bank. Price was a well-known sports bettor among his friends in college for being an amazing sports bettor and that fame later translated to a much larger stage when he decided to become a professional. Price uses all the skills he has accumulated to make sure that his bank statement remains positive and he has continued to do so as his net worth is estimated to me around $5 million. 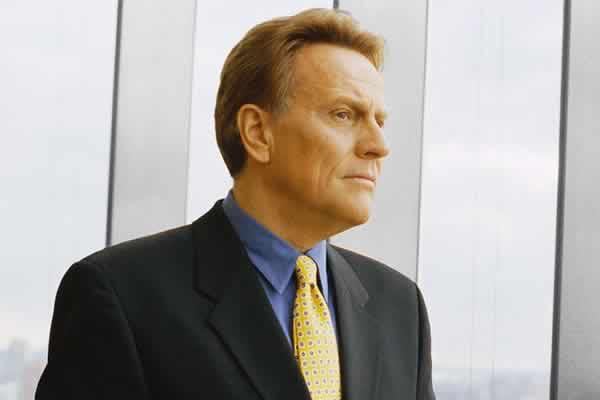 How Does Jon Price Bet On Sports?

His insight into probabilities, psychology and the theory of figuring out trends through variable data has made Price one of the most famous sports bettors in the world. He claims there are 22 variables that correlate to figuring out a good betting option, but of course, a good magician never reveals his secrets. His ability to identify data and act on the odds presented are what set him apart from a variety of other famous sports bettors. To Price, the importance isn’t about winning at a certain percentage but rather increasing his bottom line.

Price has been known to lay several bets a week that exceed the 100-grand mark. By laying big money on the events to which he has higher confidence, he can turn a bad day into a fantastic week. He also claimed that hedging is an important aspect to wagering, not in order to win on both sides but rather to not lose on one side. According to some Vegas casinos, Price has a winning percentage around 70% (56% is considered profitable) but he claims the number is actually higher than that.

The use of the internet has also been a major step forward for bettors according to Price. The social media platform Twitter,  for example, allows for bettors to be up to date on every little detail surrounding the athletes, teams, travel plans, and any other detail Price finds important. He also has told interviewers that he could watch certain NBA coaches on the sidelines and be able to predict an outcome based on their body language and temperament. But in the end, it all comes down to instinct and guts according to Price.

Winning And Losing With Jon Price

Price has featured in a variety of magazines, websites, and interviews from Forbes to Huffington Post. He also has created his own website, Sports Information Traders, to which users can subscribe for picks, learn his trends, and even pick up on free picks from time to time. Winning eight weeks in a row once, bettors who sign up for his service are sure to be satisfied.

Price likes betting on a single outcome of a game. His confidence in the NFL has been recorded as he has won over a million dollars (individually) on a few Super Bowl matches. However, he has also hit it big picking futures bets at the right moment. He also picked the Kansas City Royals to win the World Series in 2015, something nobody had it mind at the time.

With his winnings, Price bought an 8-seat private jet, which allows him to travel to destinations whenever he desires. Purchases like these are made easy when your biggest worry is figuring out whether to wager $1 million or $3 million on an NBA Finals game. According to Price, when he comes to a dilemma as such, he splits the difference and generally wins regardless. At the end of the day, Price says the most important detail to know is to learn how the sportsbooks operate and think so you can stay ahead of the game.

John Price became a famous sports bettor by making the right picks that sportsbooks and oddsmakers are way off on. Each year he writes a column on a single college football game that he believes will turn out the complete opposite of what bookies have led fans to believe. He has recently made the news for picking correctly for the eighth year in a row with his game choice. He makes sure to tell all of his followers to wager in large quantities on his pick because he believes strongly that the game he chooses will be a lock to win.

And with the teams listed as the underdogs on sportsbooks, the payouts will be heavy. He is on an eight-year winning hot streak with no intention to go cold any time soon. For Super Bowl LIV, it was said that Price put down the largest wager on the game, more than any other sports bettor in the world. It was not disclosed how much he gambled other than it was a seven-digit figure nor was it said which team he chose to win, Kansas City or San Francisco.

The Jon Price Of Today

Jon Price continues to be a face in the sports betting community, not only as a bettor but through several online platforms as an advisor to gamblers looking for picks and advice on upcoming sporting events. His website, Sports Information Traders, was up and running for the 2021 NFL season with Price at the helm for all of his customers with top picks and analysis of the matchups. He is best known for his selections on Bowl games, both college and professional, and offers these picks on his site. Any championship-style game, no matter the sport, is historically where Price shines. While football is a specialty for Price, he’s also had some serious wins when wagering on the MLB.

In 2015, he bet that the Kansas City Royals would win the World Series. He wagered $22,000 with one wager and walked away $264,000 richer when the Royals won. Although there is no known information about which team he gambled on, how much money he put down, and the outcome on whether or not he won when betting on Super Bowl LIV, it has been said that he laid down seven figures for the event. However, he’s had other notably large wins within his career as a professional sports bettor and handicapper.

In 2015, the New England Patriots beat the Seattle Seahawks by a score of 28-24 in the Super Bowl. Price won over a million dollars as he bet on the Patriots to win. This would be the biggest sum of money that the public knows Price has won on a single wager. Jon Price knows how to place a futures bet and does his best work when it’s crunch time during the Finals of various sports. Fans can get in on the special knowledge that has been acquired over the years from the man himself using his Sports Information Trader website and use that information to place some bets on all of the sports action up ahead. For the 2021 NBA Season, Price’s services were touted as one of the best ways to bet on basketball.