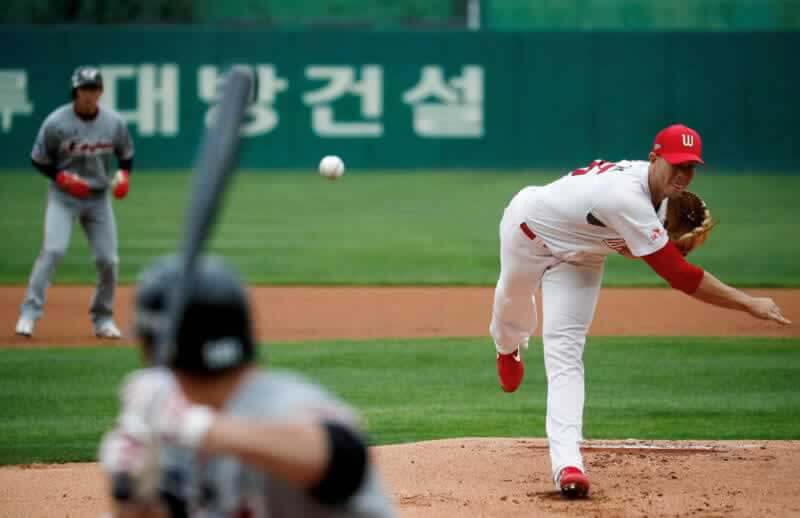 SEOUL, South Korea – The Korean Baseball Organization (KBO) has all 10 teams in action on Saturday in what should provide bettors with numerous opportunities to legally bet on the foreign baseball league.

The KBO has held 28 games without fans in attendance amid the Covid-19 pandemic.

With all the teams in the KBO playing Saturday, there are three matchups bettors should take advantage of at sportsbooks.

The NC Dinos own the league’s best record with a 21-6 mark which has given them a four-game lead over two teams tied for second place.

The full slate of KBO games can be bet on but there are three matchups bettors should focus on that could result in extra bankroll being won at legal sportsbooks.

The KIA Tigers (15-13) take on the Doosan Bears (17-10) in a matchup of two teams separated by less than the three games in the loss column.

On the run line, the Doosan Bears are favored by 1.5-points and expect the Bears to cover that spread comfortably in this matchup.

The O/U total is set at 9 runs and the under for this matchup should be taken with confidence by bettors.

On the money line, the KIA Tigers have +110 odds to pull off the upset and for that price, those odds are well worth the risk. The Bears have -140 money line odds and are coming off their last game where they beat the Tigers 5-1.

Expect a similar showing from the Bears as they cruise to another victory over the Tigers. The Doosan Bears straight up and the under could work into a nice parlay as well.

The Dinos are the best team in the KBO by far as they look to build on a four-game lead over the second-place Doosan Bears and LG Twins in the standings.

The last time the Dinos-Eagles faced off, the Dinos won by a score of 13-2.

Expect the Dinos to continue putting points on the board as the 8.5-run total for this game is certain to go over with NC doing most of the scoring.

If fishing for an upset in this matchup takes the +240 odds on Eagles but those should be faded for this matchup as the Hanwha Eagles are the worst team in the KBO with a 7-21 record.

Instead, taking the heavy moneyline on the Dinos or believing in them to cover the spread (as well as the over) should be considered.

The matchup between the LG Twins (17-10) and the Kiwoon Heroes (16-12) will be one of the best KBO matchups this of the weekend.

The last meeting between the Heroes-Twins ended with Kawoom winning by a score of 6-3.

This should be a high scoring game as evidenced by sportsbooks giving this matchup the highest O/U total of the Saturday games with a 10.5-run total that can be expected to go over for this game.

The money line odds for the Twins sit at -141 but the +111 odds on the Heroes should be taken as they’ll pull off the upset and put themselves in a tie with the Twins.

Mixing the underdog odds in a parlay with the over would pay out very well to KBO bettors.

If any bettors is feeling extra crazy, putting all six of these into one parlay would come with odds of +4700. However, as bettors should look for the easy victory, a play on the Dinos is always a safe KBO bet.

Coming from a strong background of writing, Robert writes stories that not only inform the reader but introduce them to new perspectives about topics they may already know. When not pumping out content Robert enjoys playing NBA 2k, and watching any sports that are on TV.