The patent was filed back in 2019 but was recently published in May 2021. It would allow allows esports events like the Call of Duty League to be streamed from Sony’s PlayStation 5 (PS5) and have players be able to directly bet on esports from the console.

The patent has not yet been approved and there are still several legal considerations to factor in. However, the fact that Sony has a patent and is working towards creating this program is a big game-changer for legal sports betting.

The patent describes a system where esports events like fighting game tournaments would be live-streamed from the PS5 console. While players are watching these events, they will be able to place action on the outcome of the match.

The patent states that players will be able to wager using physical currency, bitcoin, and in-game items. A new user interface would be able to be accessed over the streamed event displaying odds for players to wager. 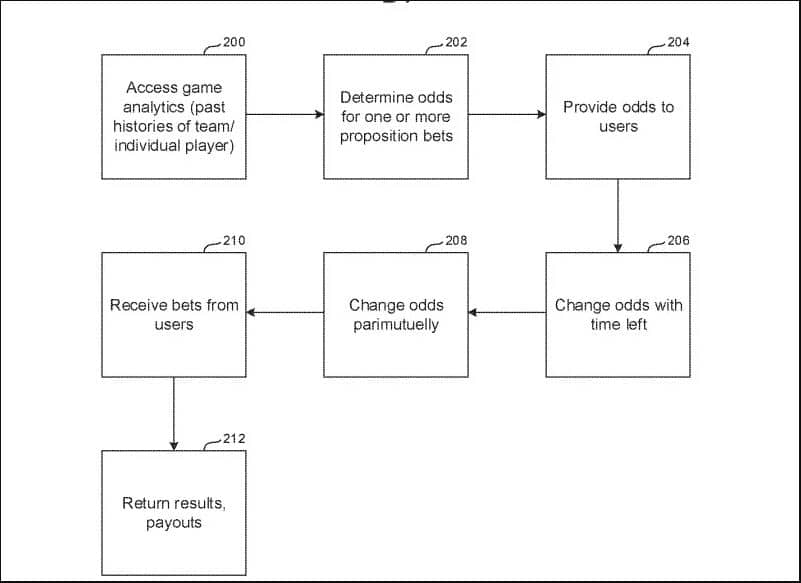 This would be a major game-changer for the esports world. It would potentially increase fan engagement as events will be easily accessed through the PS5 consoles, as well as bring a new audience to these events while offering betting lines.

The patent offering players to use in-game assets to wager as well would be a big win, as players who wouldn’t want to use real money could comfortably participate in wagering on esports.

The odds for the betting lines would be determined using machine learning. The software would calculate odds based on passed gaming history of competitors and their performance within the match.

How It Affects Gaming

Assuming the patent is approved, the landscape of esports betting would completely change.

Currently, very few regulated sportsbooks offer odds on esports. This would give Sony a big edge as they would be cornering a market that is mostly untouched.

Additionally, Sony recently purchased EVO Fighting Game Championship Series, the largest fighting game tournament in the country. The gaming company hosting the events while incorporating betting lines would be an easy way for Sony to boost both products at once.

Additionally, Sony’s patent does not seem to make this software exclusive to PlayStation products. The patent specifically states:

“The client components may include one or more computing devices including game consoles such as Sony PlayStation or a game console made by Microsoft or Nintendo or other manufacturer virtual reality (VR) headsets, augmented reality (AR) headsets, portable televisions (e.g. smart TVs, Internet-enabled TVs), portable computers such as laptops and tablet computers, and other mobile devices including smart phones.”

This means that betting fans will be able to access these esports betting lines from multiple platforms including mobile devices and computers. This, however, raises some legal questions.

The way regulated betting works in the US is that betting lines can only be offered in states with legal sports betting which are currently just under two dozen active markets.

Sony’s product is essentially a mobile and online sportsbook and would need regulatory approval before it is able to offer odds, even if it’s just esports.

It is right now unclear exactly how Sony would deal with these legal situations, but if they manage to work things out and launch this new sportsbook operation, it could be a game-changer for sports betting as a whole.

But If It Works

The first big benefit that would come from this potential new Sony esports sportsbook is the US integration of bitcoin with sports betting.

Right now, only Wyoming allows cryptocurrencies to be used for sports betting. Other states like North Carolina and Texas have considered including crypto in their regulations.

If Sony outright accepts bitcoin to be used, then this could open the flood gates of other sportsbooks doing the same.

The other main benefit that would come is the validation of esports as a real betting-based event. Esports is not viewed in the same light as other sporting events, especially in the sports betting world.

Because of this, sportsbooks rarely offer odds on esports events. With Sony making this the frontal push, it could lead to a whole new view on esports betting.

Other sportsbooks may partner with esports leagues to offer betting lines themselves. This could be the beginning of esports betting being a major player at sportsbooks countrywide.

While it is still too early to know if the patent will work or not, the fact that a leader in video games is looking at sports betting further shows that legal sports betting has a strong influence in multiple entertainment markets.

In order to provide you with the best independent sports betting news and content LegalSportsBetting.com may receive a commission from partners when you make a purchase through a link on our site.

Coming from a background in narrative-based writing, Giovanni strives to write stories that will keep the reader engaged. Although he does pride himself in being accurate, how the story is told is also very important to him. When he’s not keeping readers up to date on sports betting laws and legislation, you can find him writing and recording music, playing videogames, or engaged in heated sports debates with his friends.