Counter-Strike is a staple in the online gaming industry and Counter-Strike: Global Offensive is one of the most popular games in the esports world. The simplicity of the game’s format, as well as the pace in which it’s played, make for a highly competitive and entertaining game to watch. The best teams in the world compete in various tournaments for the chance to win millions in prize pool money all year long. Esports leagues host these events and often times have thousands of viewers show up just to watch these international players duke it out in CS:GO. With so many viewers and loyal followers, it’s no surprise that many of them bet on Counter-Strike: Global Offensive tournaments.

However, betting odds for Counter-Strike: Global Offensive are not commonly found on legal sports betting platforms based in the US. Over a quarter of US states have now legalized sports betting in some fashion or another, but eSports presents an entirely new set of rules of regulations. Currently, the only states with licensed eSports betting are Colorado, Nevada, and New Jersey. Thankfully, CS:GO fans in the U.S. can still put money down on their favorite teams by simply using an online offshore sportsbook. Sites like Bovada and MyBookie routinely have CS:GO betting odds for tournaments happening all over the world. We’ll explain how they are able to do so as well as breakdown some of the biggest aspects of CS:GO in the esports landscape. 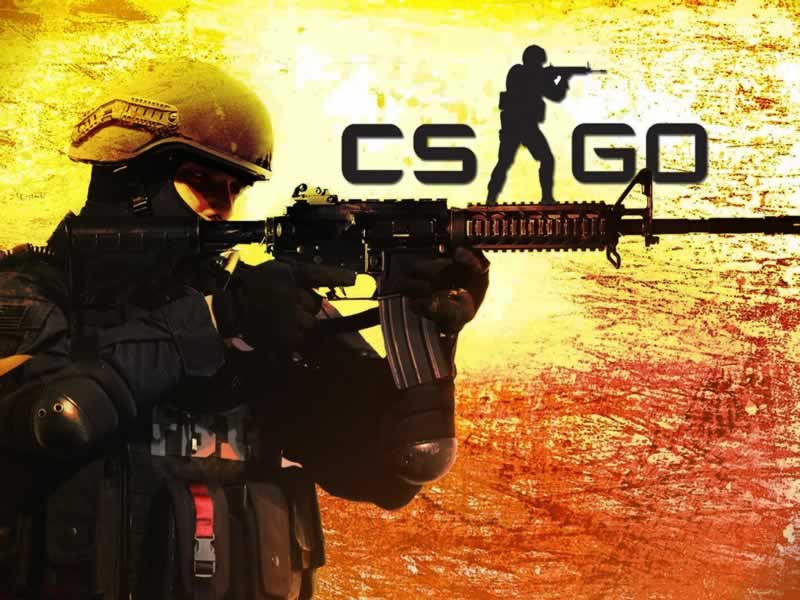 What Is Counter-Strike: Global Offensive?

Counter-Strike: Global Offensive was released in 2012 and is the fourth installment in the Counter-Strike series. Counter-strike is considered as the godfather of the first person shooting genre, due to its innovation and how much it pioneered technology in the industry. Counter-Strike itself is a first-person-shooter in which there are two teams of five playing against each other. One team is assigned as the ‘Terrorists’ and the other team is assigned as the ‘Counter Terrorists’. The objective of the Terrorists is to plant a bomb and/or kill all the Counter Terrorists.

Alternatively, the Counter Terrorists can either kill all the Terrorists or defuse the bomb set by the Terrorists. The bomb takes approximately 40 seconds to detonate and about 10 seconds to defuse. There are also regular game types like team deathmatch and capture the flag. This simple format makes the game extremely easy to follow when compared to other major esports such as League of Legends and makes it much easier to view and ultimately bet on.

Where You Can Bet On CS:GO

Online sportsbooks are the best bet when looking for odds on CS:GO. Most domestic sportsbooks do not offer esports betting, but legal sports betting sites offer esports odds alongside the traditional sporting odds. Fans can watch on CS:GO anytime there is a major event ongoing, with futures odds available as well at online sportsbooks. The online sportsbooks are available from anywhere and are accessible from most mobile devices. Bovada, one of the most popular online esports books, allows players to access CS:GO odds without the need to download an app. The full sportsbook can be accessed from the web browser of smartphones and tablets.

CS:GO is one of the biggest games in the competitive scene so it makes perfect sense that the popular shooter hosts its own tournaments and gaming leagues. The major markets for the first-person shooter are in the Americas, Europe, Asia, and Australia. These markets are prime locations for CS:GO sports betting and is where you will find the most viewership. The tournaments in these areas garner massive appeal from both fans and online sports bettors. These tournaments bring forth massive appeal from supporters, and all the major events are listed right here.

ESL Pro League is one of the most exciting esports leagues in the world. For CS:GO, three sperate regions compete. There are the Americas, Europe, and Asia-pacific. Each region is divided into four groups, and within those groups, CS:GO teams compete. For the Americas, there are three groups for North America Teams and one group for Latin American teams. And for the Asian-Pacific Region, there are two groups for Australia/New Zealand, one group for China, and one group for Southeast Asia. Each season, winners from each region qualify for the Season Finals. The best 24 teams in the world then face off for their majority share of $1,000,000. Matches can be streamed on Twitch and the schedule for tournament matches can be found on the ESL Pro League website.

ELEAGUE is one of the most highly viewed Counter-Strike leagues in the U.S. That is because ELEAGUE is actually powered by a partnership between Turner Broadcasting and WME/IMG. Matches began broadcasting live on TBS in the Summer of 2016 and have continued since then. ELEAGUE features a 10-week regular season with 24 teams, playoffs, and then a championship. ELEAGUE has also hosted CS:GO Major Championships (also known as Majors), which are tournaments sponsored by the game’s developer, Valve. These tournaments often time feature a prize pool of about $1,000,000.

DreamHack is the world’s largest computer festival. Over the years it has been more targeted towards esports and gaming. In 2012, DreamHack partnered with Major League Gaming and Electronic Sports League in order to grow their esports presence in Europe and North America. Prize pools for tournaments held at DreamHack festivals have reached up to $100,000 over the past three years. The way DreamHack interacts with the CS:GO scene is that they hold tournaments, sometimes major tournaments, in which some of the best teams in the world play. The CS:GO scene is a bit ad-hoc still, with varying tiers of competition, and DreamHack brings top level competition to the table.

The way that Major tournament players are selected creates a way for certain teams to gain more viewership and popularity than other ones. Essentially 8 of the top teams from the previous Major tournament get automatic bids to the next one. Those teams are called ‘Legends’ while the remaining teams that get invited are known as ‘Challengers’. Teams are selected from all over the world and tournaments are streamed online for the entire world to see. This means a team’s popularity spans far outside the team’s home country borders. However, with the legends system in place, many of the best teams in the world are consistently put in the public’s eye. A shortlist of those teams can be found below:

Esports has managed to thrive during the COVID-19, largely because with proper planning it is possible to play games remotely and minimize contact between players, coaches, and fans. There are new tournaments and events every week and there is nearly always a live match being streamed somewhere. Not all events are big enough for major sportsbooks to offer betting odds, but many are. These events are often even broadcast live on your favorite online sportsbooks so you don’t even need to open a second browser window. Here are a few of the top upcoming CS:GO betting events and the odds:

In the first half of 2019 alone, the prize pools for Counter-Strike: Global Offensive reached $8.6 million in total among all tournaments. This is the second most of any game, only trailing Fortnite. The ESL Pro Tour had an aggregate prize pool of over $5 Million for 2021 from competitions across five different continents, thus making it the world’s biggest and most expensive competition in the history of Counter-Strike. Majors are often the most lucrative of all CS:GO tournaments with prize pools averaging about $1 million each time. Other tournaments get close to those figures. The WESG finals in 2018 reached $995,000 in total prize money while Season 9 of the ESL Pro League reached $766,000 in prize pool money.

One of the greatest benefits of modern online sportsbooks is live betting, and if you don’t already know that then you have some serious catching up to do. Live betting has become incredibly popular and accessible thanks to huge strides made in the software development in recent history. Today’s online sportsbooks give you a real-time live betting interface that adapts and shifts odds right in front of your eyes. With live betting, you can bet on any CS:GO match as it happens. Think you know better than the bookies? Bettors can watch the live betting odds adjust in real-time, so attentive bettors can wait for the perfect moment to lock in their odds.

How To Bet On CS:GO

Though US-based sportsbook specifically ban esports betting in most cases (for now), unregulated sites that are based offshore actually offer esports betting odds. Betting on CS:GO matchups is pretty similar to betting on any traditional sport. The important aspect to note is that in each CS:GO matchup there are 30 rounds in total to be played, but the first team to win 16 of those rounds wins the game. Since there are two teams in the game (The Terrorists and Counter-Terrorists) the teams playing each other will switch and play both sides. Teams playing the game will also have to do so in a best of three series and play in a different map each time they face off. You can bet on which team you think will win the series or which team will win an individual round. Those odds will be displayed the same way a moneyline wager is on a traditional sport. The favorite will be signaled by a minus sign and a favorite will be signaled by a plus sign.

For example, you may see the team Cloud 9 favored at -110 betting odds and Sharks Esports as underdogs at +120 for the series. This means that if you believe Cloud 9 is going to win the series you’ll have to put down 110 dollars just to win 100. Alternatively, if you think Sharks Esports is going to win then you only have to put down 100 bucks to win 120. You can obviously bet less, the odds are just a way to better show the payout ratio. You also have the options to make spread bets where you pick whether or not one team will win by a certain amount of rounds and you can also make future bets where you pick a team you think is going to win a whole tournament.