If there is anyone that is known in sports betting circles worldwide it’s William “Billy” Walters. Even regular betting communities are aware of the legend that Walters created for himself. Having had a gambling father, it was in Walter’s blood to take to the game. He started placing his first bets when he was nine years old with money he made from his newspaper route. After starting to place bets at an early age, Walters has managed to grow himself to $200 million net worth.

His first bet was on a major league baseball game where he ultimately lost but having seen his father lose at poker so many times, he took the loss in stride. He grew a sports betting business out of Las Vegas in his adulthood where he would go on to earn millions. In 2017 he was sentenced to five years in prison for insider trading charges, being sent to the white-collar crime Federal Prison Camp, Pensacola. Walters was released in 2020 and even pardoned by President Trump in 2021 during his last days in office. Before going to prison, Walters had averaged about $15 million in sports betting profits but it is unclear whether or not he plans to resume gambling. 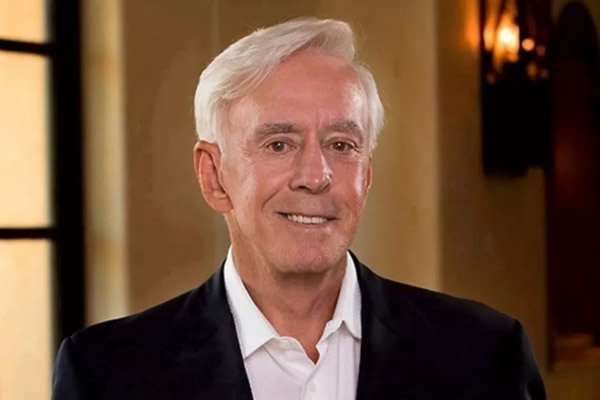 Sports bettors looking to have even a fraction of the amount of success that Billy Walters achieved need to be using a trustworthy and legal sports betting website, which is where Bovada steps in. Bovada has operated the top legal online sportsbook in the industry since 2011, with an extremely strong history of safety, security, and real payouts. Billy Walters had to use Gofers to bet legally, but Bovada would have made that process a lot easier.

BetOnline has offered an incredibly wide selection of betting odds since its inception back in 1991. If BetOnline does not have the betting odds you are looking for, then odds are that they do not exist. On top of its versatile selection of betting options, BetOnline also offers more depositing and withdrawal methods than any other legal sportsbook. BetOnline allows many different transaction methods such as credit/debit cards, cryptocurrencies, money orders, wire transfers, and many more.

Online gambling has never been as easy and versatile as it is at MyBookie, with their extremely easy-to-navigate all-in-one sportsbook, casino, and racebook. Through MyBookie’s 100% mobile compatible website, sports bettors simply choose from their “Sportsbook”, “Live Betting”, “Casino”, or “Racing” tab and get in on the action. MyBookie users will find that those tabs are just the beginning of their easily navigable sports betting site as their betting options are all clearly laid out and labeled.

How Did Billy Walters Get Started?

Billy Walters got his start at an early age. When he was nine years old, the native Kentuckian took his paper route money to a local store, betting the owner that the Yankees would beat the Dodgers to win the 1955 World Series. The Dodgers won, and Billy lost all his hard-earned newspaper cash. Of course, as the son of a professional poker player, the loss didn’t make much of a negative impact. Neither did his losing his home in bad bets some 15 times over the course of his young adulthood. It caused a divorce or two, but it never caused him to divorce himself from his true love: the thrill of gambling and sports betting. Meanwhile, Walters continued to make ends meet by working at a used car dealership. Naturally, he was also running an illegal bookmaking service out of the back. He finally moved to Las Vegas after being found out and fined $1000.

Las Vegas turned out to be a perfect fit for Billy Walters. While it brought its share of headaches re wiseguys and feds, Las Vegas also allowed Walters to finally establish himself as a gambling powerhouse. He started his own betting network, and he gradually grew his business into a multi-million-dollar annual earner. His methods remain closely guarded, but it is public knowledge that Walters was one of the first professional sports bettors to use advanced computer analysis and modeling to help identify trends and predict future athletic outcomes.

The Computer Group, formed in Las Vegas in 1980, was one of the best-known early statistical analysis companies to address the potential of marrying computers to sports betting. Unsurprisingly, member Billy Walters was front and center, using the Group’s software to inform his wagers. And it worked pretty well. Including the few years before The Computer Group helped cultivate his general approach, Billy Walters rode this burgeoning statistical approach to a 39-year winning streak.

It certainly didn’t take 39 years for Billy Walters’ winning ways to get the attention of the casinos and sportsbooks he was beating into the dirt with such alarming regularity. Almost immediately, Walters was disallowed entrance to and action in those casinos, meaning that his days of betting in person and by name came to an end. Billy Walters was a household name on the Las Vegas Strip, and that name was toxic.

In order to continue making his living, Walters started placing bets through his employees and associates. These bettors would remain on site at various casinos and wait to receive phone calls from Walters, informing them where and when and how much to wager. His private company, ACME Group Trading, would pay these “gofers” a hefty $1200 a week to sit around at casinos boozing by the pool until their phones rang, at which point they’d answer, get their instructions, and place Walters’ bets. Good work if you can get it.

Walters rarely met any of these people, but he always got his money.

As arguably one of the most successful famous sports bettors of all time, Billy Walters has an extensive (but mostly hidden) portfolio of big wins. It’s widely known that he once made $400,000 on a single hole of golf and over $1 million on a single round. He banked $3.5 million on Super Bowl XLIV. (I mean, really now, who in their right mind would pick the New Orleans Saints over a prime Peyton’s Indianapolis Colts?)

But that’s nothing. Not really. Walters’ biggest bets are the ones he takes every day. Through ACME Group Trading, Walters would bet up to $2 million per week on the NFL. This high-rolling arrangement allowed Walters to regularly rake in a yearly income of $15 million on sports betting alone.

As good as he was, Billy Walters didn’t always win at legal sports betting. That million bucks he won on a round of golf? He lost it all before bedtime at the blackjack table. No big winner ever sustains any long-term success without also being a big loser here and there. The true genius of Waters, though, was that he often lost significant sums of money on purpose.

Why? See, most of Walters’ wheelhouse was NFL betting, and professional football games typically have fairly tight spreads. One of Walters’ ploys was to move large sums on underdogs ahead of time, forcing the bookmaker to close the odds. Then, Walters would simply bet even more money on the favorite to cover. You can’t use that technique without having a whole lot of cash to risk, but it’s a valid and effective gambit. (Indeed, Walters quickly discovered that this idea works especially well with lesser-known, second- and third-tier college football teams, where spreads are usually much larger and quite a bit easier to manipulate with a comparative modicum of money.)

On July 27, 2017, Billy Walters was sentenced to five years in federal prison and fined up to $10 million for his alleged role in an insider trading case. Walters reportedly benefited from non-public information on Dean Foods Co. stock from 2008 to 2014, netting some $32 million in profit while avoiding a further combined loss of around $11 million. For that $43 million, the federal government finally nailed a guy they’d been chasing for almost four decades.

Walters maintains his innocence in the case, claiming confidence in his legal defense. “If I would have made a bet it, I would have lost,” said Walters on the eventual outcome of his trial, before finishing with the revelation that “I just did lose the biggest bet of my life.”

But this is Billy Walters we’re talking about here, and Billy Walters never lingers on a loss. Billy Walters always moves on to the next big bet. Incredibly, Billy received a pardon from President Donald Trump in 2020, and was freed from his sentence, which would otherwise have lasted until 2022.

You can watch the 60 Minutes interview with Billy Walters here.

Sentenced to five years, after serving only three years, Walters was released from prison in April of 2020 after a pardon from President Donald Trump. Betting on sports was a huge passion for Walters and even with having to pay for all of his legal fees and other activity, he should be fine when it comes to financial security. Even with him betting on sports so much in the past, it is up in the air if he will continue to bet on sports but don’t count that out. Big games and matchups are always happening so it wouldn’t be surprising if Walters placed big-time bets again soon.

A stipulation for Billy Walters’s release from prison was for him to be confined to his house for the remainder of the original sentence. He was taken off of house arrest on January 10, 2022. Prior to that, Walters was technically still imprisoned and remained off of the grid during that time. There is no word as to whether or not Walters will return to the betting world in any capacity as he has remained out of the limelight since his release.

Billy Walters is returning to the sports betting scene with his own sports handicapping service, “The Billy Walters Handicapping Service.” He is expected to use his extensive knowledge in the space to advise bettors on who they should be betting on as well as what lines to avoid. There is no word on when the app will go live or when you’ll be able to sign up for it, but once information is available, you’ll be able to find it here.

What Does Billy Walters Do Now?

According to Billy Walters’ website, he is now retired from gambling and focused on his job as CEO of The Walters Group. The Walters Group is an investment company with holdings in a variety of fields. With Walters’ analytical expertise that was crafted over decades of sports gambling, it is no surprise to see him doing well in other areas of business. Some of the holdings of The Walters Group include real estate, luxury golf courses, and car dealerships.