ELMONT, N.Y. – The Run for the Carnations is right around the corner, as the race starts on Saturday, June 8 on NBC at approximately 5:38 PM EST.

The boards for legal sports betting are live and the post-position draw is occurring Tuesday at Citi Field in Queens at 5:30 PM EST.

We may not have a Triple Crown award-winning horse this year but betting on the horses is still a favorite activity for upwards of the 22 million people that will tune into the event.

Knowing which horses are running and how they have done in past competitions is important for any smart bettor, but looking into the jockeys who are controlling the horses’ actions is sometimes more important. Here is a review of the jockeys who will be riding the Belmont Stakes’ four favorite horses: 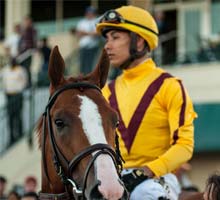 Jose Ortiz is only 25 years old but has ridden in the Belmont Stakes four previous times, having won in 2017. The Puerto Rican born jockey turned professional when was 18 and has proven himself in a such a short time.

Ortiz is no stranger to the big stage, compiling almost 1500 career wins and being in the top-5 of the highest earning jockeys for the past five years. He even led the pack in 2017, when he earned over $27 million.

He is granted with Tacitus, who was sired from Tapit. When looking at the data, Tapit has sired three of the last five winners at Belmont in 2014, 2016, and 2017.

War Of Will: Jockeyed By Tyler Gaffalione 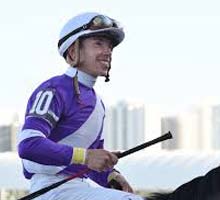 Tyler Gaffalione will be riding in his first ever Belmont Stakes but is still second in line to win with War Of Will (+250).

This comes as no surprise as the Preakness winner could have also won the Kentucky Derby after being interfered with by Maximum Security. But War Of Will and Gaffalione can become the 12th combo to win the final two jewels of the Triple Crown should they be victorious.

Gaffalione has eclipsed 1,000 career wins in his short-lived jockey life and has just missed out on a top-10 earnings position for the past two years.

Winning isn’t something that the Florida-born jockey sees as a longshot, as he won his third-ever career race back in 2014 at Gulfstream Park. 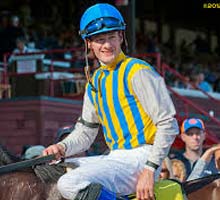 Son of Robert Leparoux, a jockey-turned-assistant-trainer, Julien has raced the Belmont Stakes four previous times. His best finish was 3rd, in which he accomplished twice.

Leparoux is an all-around champion, as he has won over 2250 races and has tied (or broken) many single-day racing records at various tracks around the country.

The 35-year-old Frenchman has finished in the top-10 jockey earners 8 times, including the current back-to-back streak he is on moving through the 2019 season.

Leparoux will be riding Master Fencer (+700), who finished 6th at the Kentucky Derby, despite being given 58-1 odds. 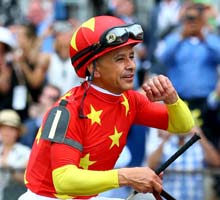 “Big Money Mike” is one of the jockeys that nearly everyone knows, regardless of their connection to horse racing. The 53-year-old New Mexican has ridden at Belmont 20 times, winning three times (2010, 2013, and 2018).

Recently, he has gained further notoriety for becoming the oldest jockey to win the Triple Crown (52) when he and Justify won the honors last year.

Smith has surpassed 5,400 wins in his career and is the second-highest earning jockey ever with over $312 million to his name. He has finished in the top-10 highest earners only four times throughout his 19-year career, but expand that to top 15-finishes and he has accomplished that feat 13 times.

Smith will ride Bourbon War (+800) who finished 8th at the Preakness. Like Tacitus, Bourbon War was sired from Tapit, so expect good results from this horse.

Be sure not to be the only one missing out on an opportunity to make some money and place your bets before the 1 ½ mile race begins.