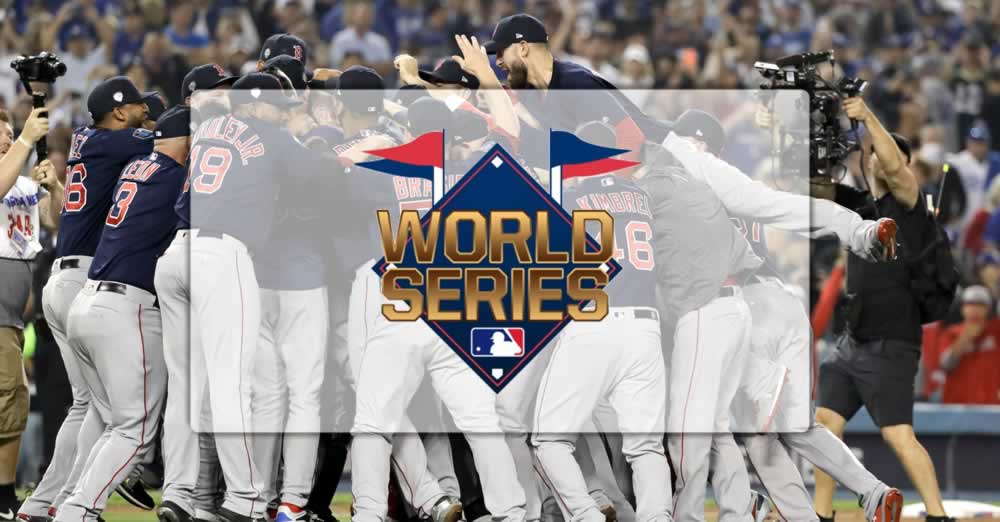 The 2022 World Series will begin on October 30th, with the team that had the better of the two league winners hosting game one. The odds to win the World Series were drastically changed following one of the most intense trade deadlines in MLB history, highlighted by the Juan Soto megadeal. Following the deadline, six teams were given odds on +950 or shorter to take home The Commissioner’s Trophy.

Betting on Which League Will Win the World Series

Can I Legally Bet On The World Series?

Yes, and you can do so by a couple of different means. In order to legally bet on the World Series, you can either visit a retail sportsbook in a state that has legalized them or you can simply turn to online offshore sportsbooks. Several states across the country have launched official sportsbooks since the federal prohibition on doing so, known as the Professional and Amateur Sports Protection Act of 1992, was repealed by the US supreme court in May of 2018. Many states are now looking to join the ranks and regulate a sports betting industry in their borders, but the wheels of state government may turn slower for some than others. For baseball fans in that position or any in the country, they will be glad to know that they can still access online offshore sportsbooks without fear of being penalized by their state. These legal sports betting sites have served American bettors for over two decades and have always posted competitive betting lines for the World Series.

Where To Bet On The World Series

Regardless of where you live, there are numerous places to bet on the World Series. Legal MLB sportsbooks are available throughout the country using internationally regulated sports betting sites. These sites have World Series odds for every team in the MLB and can be accessed from anywhere you are as long as you have an internet connection. Sportsbooks like BetOnline, Bovada, and SportsBetting have been the go-to place for MLB bettors for the better part of two decades now. Some states have also recently sanctioned their own sports betting sites and in-person options as well, but living in those states is not a requirement to legally bet on the World Series.

How To Bet On The World Series

World Series Runlines – This wager type is essentially like betting on the point spread. The favorite to win that particular World Series game will be signaled with a minus sign and the underdog will have a plus sign. The number attached to the favorite will be the number of runs they have to cover, while the underdog only has to make sure they come within that number. For example, let’s say the Red Sox are favored at (-2.5) against the Dodgers who are listed at (+2.5). The Red Sox will have to win the game by three or more runs in order for a bet on them to pay out. Meanwhile, the Dodgers can either win the game outright or lose by no more than three points for a bet on them to pay out.

World Series Straight Moneylines – This wager type is arguably the simplest one to make. With this bet, you are simply picking who you think will win the game, no matter what the final score is. Favorites and underdogs are still assigned, however, that is determined by the potential payout for picking that team. For example, if the Houston Astros and the Cleveland Indians are playing in the World Series, one of the games may have the Astros favored at (-150) betting odds to win the game while the Indians are at (+125). This means that you would need to bet 150 dollars on the Astros in order to win 100 dollars, while a hundred dollar bet on the Indians would payout 125 dollars. These are not the minimum amounts you have to bet, rather they are a representation of the payout ratio. Some online offshore sportsbooks will take in World Series bets for as low as 50 cents.

World Series Totals Bets – This is an interesting bet type because it isn’t actually concerned with who wins or loses the game, rather, how many points will both teams combine to score at the end of the game. Let’s suppose the Yankees and Phillies are playing in the World Series and the line is set at 7.5 for the first game of the series. Your bet will be whether or not you think the combined final score will go “over” 7.5 points or “under” 7.5 points. This bet type is best if you’re not really sure who is going to win the game but you know how the match is going to be contested. The reason that these come with half points is to ensure that that the sportsbook doesn’t predict the amount exactly because that would effectively result in a “push” meaning that they would return all bets from either side of the line.

Other Ways To Legally Bet On The World Series

World Series Player/Team Props – Player props and team props for the World Series aren’t necessarily concerned with the outcome of the game at all, but instead how the some of the stats in the game shakeout. Common player prop bets will include how many home runs a certain player will get, how many strikeouts a pitcher will get, or how many innings a pitcher will play to name a few. Team props are similar, but they don’t necessarily count which player attributes to the overall stat. Common team props that are featured for the World Series are total team hits, runs, or RBI’s for any given game.

World Series Future Bets – Future bets for the World Series are some of the most popular wagering types. A very common example of a future bet is picking who you will believe will win the series and in how many games, before the series actually begins. Placing this bet from the start will sometimes grant you the highest possible payout. Although, if you place a bet on a team that’s down 3-1 in the series to come back and win in game seven and you get it right, you can look forward to a substantially large winning bet. World Series Future bets also aren’t restricted to October, as betting lines for an MLB champion can be found all throughout the regular season and into the postseason.

Mobile Betting On The World Series

As if the World Series itself wasn’t enough to excite you, World Series live betting will keep you on the edge of your seat for every single game no matter what the score. Live betting on the World Series unlocks the door for even more wagering possibilities and allows you to potentially win big on events that are happening within a game as it is being played in real-time. Every pitch, every hit, every steal, and every second of the game is another chance to place a bet, but you have to be quick. Live betting lines for the World Series are updated continuously throughout the game so once the odds change they won’t come back. So while some may think baseball is a slow game, bettors will have to make fast decisions and find out almost instantly how those decisions pan out.

As mentioned before, not every state has land-based sports wagering facilities. However, that is not the only factor when comparing the difference between land-based and online sportsbooks. Right off the bat, the most glaring difference between the two comes in terms of costs. Land-based sportsbooks often come with the price of gas to get there or possible plane ticket, expensive food and drink once you are there, potentially weighted lines when you try to bet, and a possible mandatory stay if it’s at a private resort. Since the World Series is a best of seven matchup, this could also potentially extend your visit or cause you to travel back and forth to one.

When it comes to online sportsbooks, specifically those located offshore, signing up is free and you can do it wherever you are. To add to this, you can even qualify for bonuses by simply depositing money into your account, giving you greater funds to be able to place your World Series bets. The number of betting lines also tends to be more expansive than land-based sportsbooks, and because the sites are operated overseas, you never have to worry about weighted lines that home team biases make.

Is it worth it to shop lines for the World Series?

Not only is it worth it to shop lines for the World Series, but it is worth doing for any game you’re thinking of putting action on. The reality is that not every sportsbook will post the same odds for the same World Series game. Some may have a team listed at (-130) to win a World Series game while the next sports betting site may have the same team favored at (-150). By simply taking the time to compare odds you could save yourself 20 dollars. The best online offshore sportsbooks will allow you to view their lines for free and becoming a member of these sites also comes with no cost.

Are There Any Sportsbook Bonuses That Are Available For The World Series?

There are plenty of sportsbook bonuses for the World Series when using an online offshore sportsbook. They technically have bonuses that are available all year round and what you earn from those can be put directly into your World Series bet. State-regulated sportsbooks may also have bonuses, but more often then not, they won’t have as many as their online competition. For example, offshore sportsbooks can give you bonuses for using cryptocurrency, while state-regulated platforms can’t.

How do I receive my World Series betting payouts?

Just like deposits, this will depend on if you plan to use a state-regulated online sportsbook or one that operates overseas. For those that use options provided by their state, you may be able to receive your payouts through digital wallets such as Neteller, Skrill, or PayPal. However, other states that have their online sportsbooks provided by casinos, may require you to actually go to the casino itself to pick up your cash. You may also have to call and ask those casinos if they can mail your check instead if you are just visiting and forget to cash your ticket.

When it comes to online offshore options, payouts are received much in the same way that deposits are made. This means requesting a check sent to you, a bank wire, or a money order. Two important aspects to note is that if you can not request your winnings via Bitcoin or cryptocurrency if you didn’t make your deposits through that method and you can not receive your payout to be sent back to your debit or credit card. There is a cashier that you can contact at these sites to be able to help you in the event that you have trouble withdrawing your funds.

What is the legal age to bet on the World Series?

How Many World Series Betting Sites Can I Join?

As much as your heart desires. Each site will only let you create one account, but they do not prevent you from going to another online sportsbook in order to bet on the World Series. It is actually recommended that you have an account with multiple sites because then it allows you to shop lines, allowing you to save money and potentially win more on your World Series bet.