Soccer is one of the fastest-growing sports in America and by far the most popular sport worldwide; as a result, it is one of the top attractions for sports bettors. The United States’ professional soccer league, the MLS, is one of the most popular leagues to bet on at American sportsbooks. As an international sport, many state-regulated sportsbooks do not offer as wide a variety of soccer and MLS betting lines as internationally-based sportsbooks, who have decades of experience in offering soccer lines. It is important to know that no matter where in America you live, you can legally bet on the MLS online by using one of these overseas-based legal sports betting. 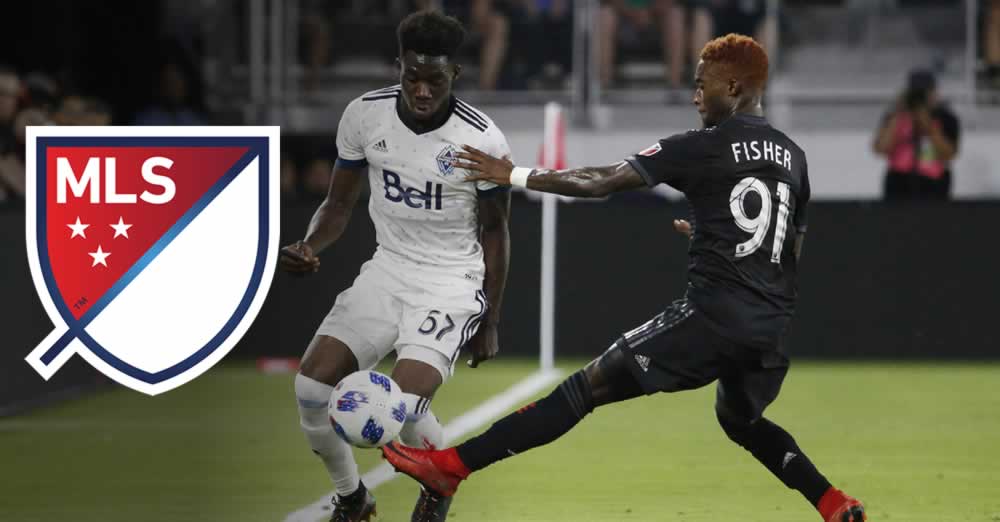 Is It Legal To Bet On The MLS In All 50 States?

Fans can legally bet on the MLS from anywhere in the US. Online sportsbooks are accessible for every US resident and these books host odds on the MLS. Some states also have retail operations that offer MLS odds. Popular online sportsbooks can legally offer odds to MLS fans regardless of state regulations; meaning even states without regulated betting can see MLS odds at these sportsbooks. Those looking for legal MLS odds will not struggle to find options. Across the country fans have access to betting on the MLS and fans can wager on the league even during the offseason. Online sportsbooks, allow for legal MLS betting in all 50 states.

When betting on the MLS with Bovada, each individual matchup will typically have around 100 prop bets at the legal sportsbook. There are odds for the favorite to cover the spread, exact winning margin bets, total goals, and much more. There are also special team props at Bovada for each MLS matchup, including if both teams will score, the first team to score, and if either team will record a shutout. Bovada even has odds for betting on every single player’s chance to score at any point or first.

Bet On Football At Bovada Now!

With MLS betting being one of the most popular forms of legal sports betting in the US, cryptocurrency can be used at BetOnline to place quick wagers on any matchup lines, game props, or futures. Between Bitcoin, Ethereum and Litecoin, BetOnline offers some of the industry’s best cryptocurrencies and does not add any fees for deposits or withdrawals through the type of currency. All of the transactions process instantly when using crypto, making BetOnline the easiest book for MLS betting in the US.

Whether wanting to place wagers on live MLS game odds or future wagers on the winning MLS team, MyBookie has bonuses that will increase the amount bet and increase the potential payouts. There are both welcome bonuses and reload bonuses that could be a maximum of $1,000 and can be used on any of the available sports lines and odds at the legal sportsbook. These bonuses help MLS bettors get more skin in the game and gradually build up a profitable bankroll.

An Early Look At Ontario Sports Betting Since Its Launch

Kicking off on February 26th, the Major League Soccer season has seen Los Angeles FC overtake defending champion New York City FC as the betting favorite to take home the Anshutz Trophy. MLS bettors are not bound to bet on the winner of the Cup, but they may also bet on the league’s top scorer. Betting on the MLS’s top scorer can add excitement for all players, while also allowing bettors to bet on their favorite players.

There are a wide variety of MLS betting sites legally available to US players, and each only requires a few minutes to sign up. Online sportsbooks like Bovada, Sportsbetting, and MyBookie (among others) are the top options for MLS betting. To sign up at these sites, bettors will need to be at least 18 years of age; they will then need to provide some personal information to verify the account holder’s identity. Once that is complete, the player will be ready to make their first deposit and start their MLS betting journey.

The fact that you can only create one account per site should incentivize you to make an account with more than just one site. This will actually work to your favor when trying to make the most money from your MLS betting.

Each site may have slightly different odds for the same game. One site might have the LA Galaxy listed at (-120) betting odds to win while the other may have them at (-130). While this may not sound like a big difference it will surely add up as the season progresses. By shopping lines, you could potentially save hundreds by season’s end when someone hoists the MLS Cup.

The method in which you make your sportsbook deposit will depend heavily on the online sportsbook you choose and the method you feel most comfortable with. If you’re using an MLS betting platform provided by your state you will have slightly different options than using one located offshore and you will have to check your state laws to find out which methods are offered. However, seeing as how offshore books are still the primary method to bet on the MLS, you can deposit by a number of different ways.

If you want to make a deposit instantly, you’ll be able to use traditional methods such as a credit card, debit card, prepaid card, check, money order, bank wire transfer, and more. However, unlike state-regulated sports betting sites you’ll also be able to use Bitcoin and other cryptocurrencies. Deposits through cryptocurrencies deposit almost immediately and tend to have lower minimum and higher maximum amounts than other forms of depositing.

This is one of the best discussions to have because the fact that players have to debate on which bonuses is the best for them means that there are plenty of options. These online sportsbooks have all the soccer games that players want and this means that signing up for an account will not only help them when it comes to soccer games but also other sports. The fact that betting bonuses are here will attract a lot of players to sign up and come back. This is where bonuses like welcome bonuses, or bitcoin bonuses will be offered. Picking the right MLS betting bonus is based on a player’s presence. There will be all kinds of bonuses offered every day on online sportsbooks like Bovada, MyBookie and others.

Depending on the sportsbook that is being used to bet on the MLS, the deposit methods with crypto vary from m$1,500 to unlimited payouts. There are no fees involved and this payout process instantly.

How To Bet On MLS Games

There are generally over 100 different betting lines available for each MLS game. The types of MLS bets break down into common wagers or prop bets. Each MLS betting site will offer a slight variance in their betting lines and odds.

Betting On The Best MLS Matchups 2022

With MLS games taking place every week there are always betting lines and props to take advantage of. There are hundreds of prop bets each week that are offered by legal sportsbooks and the moneyline, spread and over/under totals are also available. Legal MLS betting is unique to other sports leagues because bettors can choose to place wagers on the winner of each match or for the match to end in a draw.

Both of these MLS teams are at the bottom of the Eastern standings for 2022, with less than a month before the regular season concludes. These two teams have both struggled in recent games in scoring goals and are a great matchup for betting purposes. There is value in betting on the two teams ending in a draw at +255, one of the two teams being shutout, or even both of them scoring during the match.

These two squads last faced off in the beginning of August, where the Chicago Fire won 3-2. Since then, however, the Fire have not scored a single goal in four of their last five games. Two of these games ended in a draw. In the last four games for Charlotte FC, they have been shutout in two and scored two total goals. With Chicago going four straight games without a goal before Sept. 10th, there is value in betting on Charlotte as the slight underdog

Betting On The MLS From Your Phone

The biggest perk to betting on the MLS through your phone is that you don’t have to be tied down to a computer or waiting in line for a sportsbook writer to take in your wager. You can instead, head out to the game in person, enjoy the stadium atmosphere, and place your wagers there. All the features of a full-service sportsbook are only a few taps away. Online offshore sportsbooks that have betting lines for MLS also have mobile-optimized sites so that you can spend more time watching the game, and less time trying to find odds for the match. These sites are available on both Android phones and iPhones (and almost any other mobile device) so you don’t have to worry about compatibility issues.

Many of the league’s games can be intense, leaving the door open for live betting on MLS games. Even for lopsided games, action can still be put on them as a way to spice them up. The fun thing about these games and betting on them is the options that bettors are offered. Live betting on MLS games is one of the top ways that players can flip their money as the game continues. A game with a total of 90 minutes goes to show you that you won’t have a lot of time to make decisions so you have to be decisive making these bets. All online sportsbooks have this option which makes them much better than any land-based sportsbook. Live betting on these MLS games can only enhance the number of cash players can win.