Betting On The Spread

One of the most popular ways to bet on sports online is by betting the spread. The spread is a bookmakers’ attempt to even the playing field between two unevenly matched teams. The spread essentially deducts points from the favorite’s final score, giving both teams an even chance of winning the game, once the handicapped spread is applied. Betting with the spread means taking the points and betting on the underdog (the team considered less likely to win the game). The underdog’s point spread will be listed as a positive number (+7). This means that seven points are added to the underdog’s final score. Betting against the spread means giving points betting on the favorite (the team considered more likely to win the game). The favorite’s point spread will be listed as a negative number (-7). This means that you would subtract seven points from the favorite’s final score. 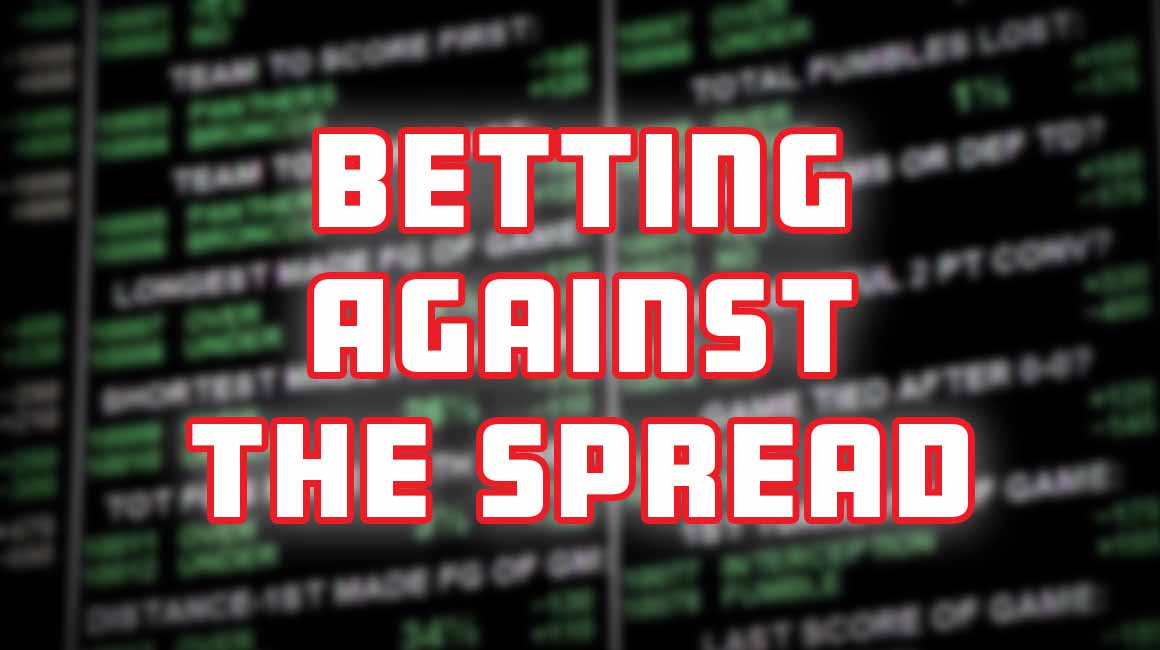 Betting On The Spread For The NFL Conference Championship Games

Looking at the NFC and AFC Championship games, there is plenty of action to be won taking the spread. In the NFC, the home team Los Angeles Rams are favored over the San Francisco 49ers. They are favored by less than a touchdown, however, so sportsbooks do not think these two teams are that far off from one another talent-wise. With the spread set at just over a field goal, taking the Rams’ odds to cover the spread would deem far more profitable than taking the straight moneyline. In addition, those expecting an upset may wish to handicap their bet slightly. While the payout would be less than taking the moneyline if the 49ers win, if San Francisco can simply keep things close, this wager would be far more profitable.

The AFC sees the Kansas City Chiefs favored by a touchdown over the Cincinnati Bengals. The Bengals beat the Chiefs earlier in the season where they were also underdogs. Kansas City has been on fire offensively since then, however, currently sitting as the leading scorers in the postseason averaging 42 points per game while the Bengals are putting up just 22.5 points per game so far. The Chiefs have also been dominating with passing yards, putting up 515 per game compared to the Bengals’ 326.5 per game. Betting on the Chiefs to cover the spread makes a lot of sense given how on fire they have been this postseason, covering the spread in both their previous games.

Sportsbooks That Offer Bets On The Spread

Betting the Spread at Bovada

Since betting on the spread is one of the most popular ways to bet on sports online, most online sportsbooks will offer spread bets on most major events, but particularly football. The best and most popular online sportsbook that offers bets against the spread is Bovada. For over 20 years, Bovada has been providing users with the ultimate online sports betting experience to American clients. Bovada even offers several valuable welcome bonuses, granting qualifying customers with free play cash. Be sure to check out Bovada for all of your online sports betting needs, including betting against the spread.

Why Does The Points Spread And Odds Change For Spread Bets?

There are various reasons why a point spread may change before kickoff. One of the most common reasons is lopsided betting action on the game. Legal sportsbooks always strive to garner an even amount of money on both sides of the outcome, in order to guarantee profitability. If a lopsided amount of money is bet on one side over the other, bookmakers will do one of two things: if the disparity is large, they will adjust the actual point spread, giving more or less points to the underdog (sometimes even flipping the favorite and underdog); if the disparity is small, they will change the “juice” or odds for the lesser-bet side. This is done to garner more bets to balance the books.

Breaking news, like an injury to a key player or impending inclement weather, can also change a point spread. It is important to place your wager as soon as possible if you like a specific spread, as spreads are always subject to change – most point spreads change several times before settling at the closing spread at kickoff. However, once you place a wager, the point spread will be locked in at the number you took.

This is a great way to bet on the spread, as it allows you to dial in your risk tolerance and confidence in the team you are betting on. Most games have huge varieties of alternate spreads, with football games usually offering the most.

Sports That Have Spread Bets

The Different Types Of Spread Bets:

Point spreads are very popular across a wide range of sports, including those that do not score with “points.” Sports like baseball, which counts runs instead of points, or hockey, which counts goals, will have different names for their spreads. These spreads function the same as a point spread, but with a different name.

Similarly, a run line is a point spread in baseball. Run lines are almost exclusively 1.5 runs, but alternate spreads are usually available.

A goal line is a point spread in soccer. It functions the same as a typical point spread. Unlike a run line, goal lines vary depending on the teams involved.

Why Don’t I Make More Money Betting The Spread?

Because of the nature of taking the spread, sportsbooks don’t host the odds too high, usually setting them between (+110) and (-115). The aim is to set the spread as evenly as possible, making it a great betting choice for betting on the favorites, but not so great when betting on underdogs as the payout is bigger on the moneyline. If you would like to increase your potential payout and still play the spread, alternate spreads are your best choice.

What Happens If The Spread Ties?

A tie against the spread is referred to as a “push.” Often, sportsbooks will set their spreads with half points, often referred to as a “hook”, in order to avoid this. However, a push can still happen on occasion. If a push occurs in a single spread bet, most sportsbooks will return your original wager but offer no winnings. If a push occurs in a parlay, there are two possible avenues for a sportsbook to take: one is to count a push as a loss, therefore causing the bettor to lose the parlay; the other is to remove the bet from the parlay entirely, lowering the payout but still keeping the parlay intact. Be sure to check your preferred sportsbook’s terms and conditions to see how they handle pushes in parlays.

What Does “PK” Mean?

Some games may not show a numerical spread, but instead show a “PK”. This is short for “pick,” meaning that the game is even without a point spread and bettors must choose the winner outright. Usually, sportsbooks will manipulate the “juice” in order to attract more bettors to the lesser bet side of a PK spread.

Juice is the odds for each side of a point spread. The juice functions exactly the same as a moneyline, indicating the payout rate for each side of the spread bet. For most point spreads, both sides will have the same juice, typically (-110). Sometimes a sportsbook will manipulate the odds in order to attract more bettors to the lesser bet side, but these changes are usually relatively minor and done in +-005 increments.