Charles Barkley is most famous for his 16-year career in the NBA as a power forward. He has a net worth totaling $40 million. He played for the Philadelphia 76ers, the Phoenix Suns, and the Houston Rockets. Barkley has been betting on sports competitions for years as he has always loved gambling on various events. He does set limits for himself however, with $200,000 being the most he will allow himself to lose and still be okay. Barkley loves to bet on all types of sporting events, and he is now the face of DraftKings advertisements.

Along with being in their ads, Barkley also has a series of videos for the public discussing different sports wagers that can be placed with DraftKings and advice on how to bet. While he’s been both up and down when he’s gambled, Barkley says he “loves the juice” involved in sports betting. The non-stop action is why gambling is one of his favorite hobbies. 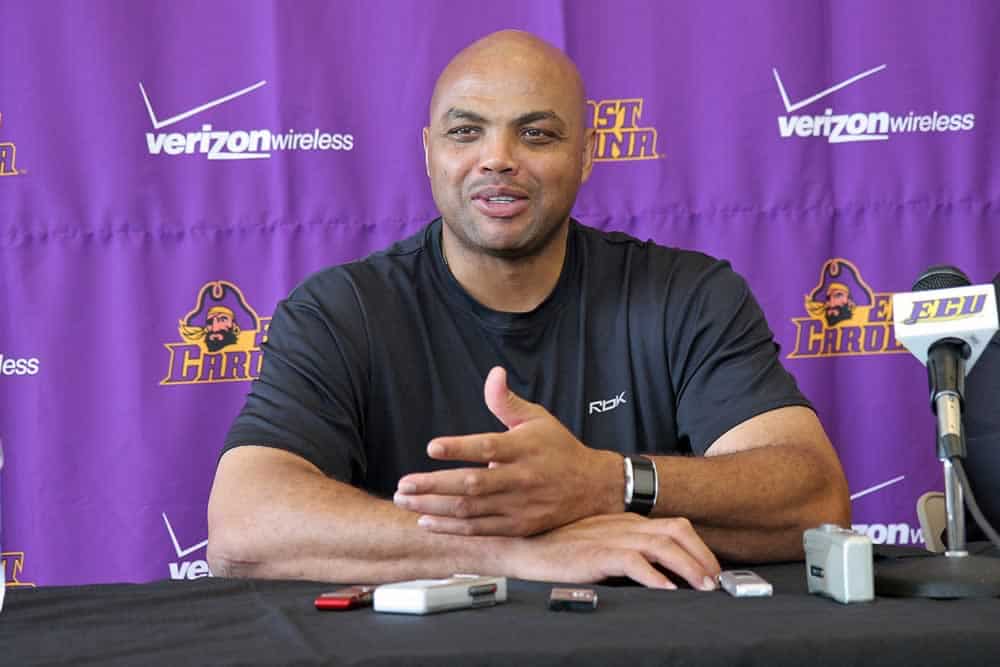 Barkley has also talked a big game on how he was won millions while betting on different sporting events, however, there have bee numerous times where he has lost millions as well. With that, he has been in and out of the sports betting industry but has never stopped supporting it.

Even when he was down, he was still advocation for the legalization of sports betting. With that, he was on the backend of launching DraftKings Sportsbook in New Jersey. He has said that legalized sports wagering should have been legal for quite some time as it was well known that many people were participating in it. He has such a well-known presence worldwide that it will also help DraftKings to gain a wider following. It’s a win-win for both parties involved. You can see why Barkley is one of the world’s most famous sports bettors.

While he remains a commentator on various segments prior to sporting events, Barkley continues his pastime as a sports bettor. He remains a face for the DraftKings brand and helps those interested in betting on sports with tips through videos released by the company. Learning his lesson early on, Barkley only wagers as much as he’s allowed himself as he makes a budget and sticks to it.

The fact that Barkley and Jordan have been huge icons around the world and the NBA only speaks to what they did on and off the court. These two were big rivalries on the court but also big-time bettors as well. Great friends who are always a threat together when it comes to gambling and major bets. As time went by, the friendship between these two began to fade and disappear. It is believed that Jordan felt bothered by the things that Barkley has said about him running the Charlotte Hornets. These two have yet to get over those comments and there has been no indication that fans will see that happening anytime soon.

For sports bettors who want to take on some of Charles Barkley’s tips when it comes to wagering, you may want to think twice. Charles is notorious for being wrong with his NBA Playoff picks every year. In fact, it has become somewhat of an inside joke in the NBA fandom that if Charles “Guarantees” a team is going to win, then that team will almost certainly lose. Sometimes his guarantees are hot takes like when he picked the 8 seed Portland Trail Blazers to sweep the 1 seed LA Lakers in the first round. Other guarantees are actually not farfetched like when he guaranteed the 2015 OKC Thunder would beat the Golden State Warriors in the conference finals, a series where the Thunder went up 3-1 before blowing the lead. It seems that Chucks Guarantees are somewhat of a curse and sports bettors should think about betting on the other side.