Odds President Trump Will Be Kicked Off Twitter Before 2022 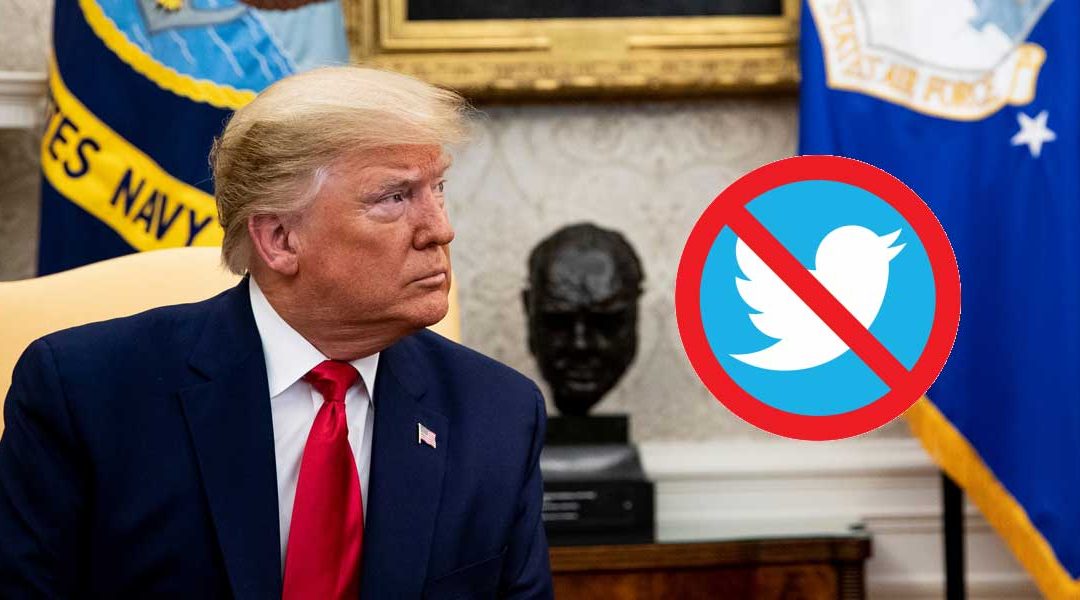 WASHINGTON – President Donald Trump has always been very active on Twitter, but oddsmakers believe that there is a small chance he might be kicked off the platform before 2022.

With global sports largely shut down, sportsbooks have increasingly turned to entertainment and political betting to make up for lost revenues.

These odds imply an 86.4% probability that he will not be banned. Sportsbooks are offering other interesting Donald Trump prop bets as well.

The odds heavily favor Trump’s Twitter remaining active, but not so heavily as to imply that a ban is an unrealistic outcome. Discussion about the President’s future on Twitter stems from the company’s new proposed “manipulated media” policy.

This policy could ban all fabricated photos, videos, and media which are “deceptively shared” and may pose safety risks. Twitter’s demo for a system of monitoring this information used three tweets from two politicians—Bernie Sanders and Kevin McCarthy—so we know that politicians aren’t exempt.

The President has already run afoul of this policy, as Twitter flagged a video he retweeted just four days after it was announced.

Twitter ramped up this policy in response to the increasing spread of misinformation regarding the Coronavirus, which the company deemed a public health risk. Trump’s administration has been heavily criticized for making several false or misleading claims about COVID-19.

Posting manipulated media one time isn’t grounds for an instant ban, but Twitter does monitor for repeat offenders who could face punitive action, including bans.

As long as Trump remains in the Oval Office, it is extremely unlikely that he will be kicked off Twitter. A federal appeals court already determined that, because President Trump uses his Twitter account to conduct official government business, all Americans have a First Amendment right to read what he tweets.

While Twitter could take down manipulated media shared by the President, booting him from their platform entirely could result in a complicated legal mess, not to mention outrage from his supporters.

If President Trump loses his re-election campaign in November, the odds of Twitter banning him will likely increase drastically.

With a dual background in English and sports performance and business analytics, Carter aims to write stories that both engage and inform the reader. He prides himself on his ability to interweave empirical data and traditional narrative storytelling. When he isn’t keeping readers up to date on the latest sports betting legal news, he’s banging his head against a wall regretting his decision to be a Tampa Bay Buccaneers fan.