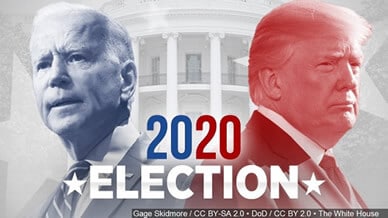 The final Presidential Debate will be broadcasted at 9 p.m. EST on Thursday.

WASHINGTON – The last Presidential Debate of the 2020 Presidential Race is set for Wednesday night with new and different protocols that will be instituted.

This week’s debate will feature candidate mic-muting, mandatory mask wearing for all audience members, and many different topics for Political bettors to place prop bets on.

For the first debate between Donald Trump and Joe Biden, over 73 million people watched which made it the highest viewed TV event since the Super Bowl. This debate may be a little different simply because the first debate did not get very favorable reviews.

Under 67 ½ million is favored to happen which could also be because most Americans have decided who they will vote for or even have already placed their vote because early voting has begun around the country.

The new mic-muting rule may drive more people in because it will force a more productive debate than the first one between the candidates.

What will be said first by candidates?

These two words have come up multiple times in the rhetoric of the two candidates and odds have Antifa as the favorite to be said first.

Antifa is an anti-fascist movement that Trump has stated is linked to Biden and the Democratic Party and it is sure to be brought up again in this debate.

The President also caught backlash for not outright dismissing an online conspiracy theory, QAnon, in his presidential town hall last week so that is another word that will definitely be thrown around at some time in the debate.

What will Donald Trump say first?

Donald Trump has many words or phrases that are more than likely going to be said when in a debate, interview or rally but it is tough to know what will be said first.

Some of the topics for the debate will include fighting COVID-19, American families, climate change, and race in America.

Trump has disagreed with the coverage of these topics by the media so it makes sense why “fake news” has the closest odds to be said first.

What will Joe Biden say first?

During the first debate, the former vice president seemed very frustrated with the President’s continued interruptions, with Biden even saying “Will you shut up, man?” at one point.

The new rule will have the other candidate’s mics muted for the first two minutes of each response to decrease on interruptions this time so he may be less frustrated in the debate and refrain from words like “shush” and “shut up”.

Whose head will fly land on first?

The most talked-about part of the Vice Presidential Debate between Kamala Harris and Mike Pence was the moment a fly landed on Pence’s head.

It was a viral moment that most Americans enjoyed and hope returns to this debate to bring entertainment to this last debate on the issues facing America this year.

The debate will start on Thursday at 9 p.m. EST and will be held at Belmont University in Nashville.

Adia has a background in sports writing and strives to provide content that gives the readers accurate information. As a storyteller, she also works hard to create stories that are engaging to the audience. Whenever she’s not writing on sports betting news, she is getting her heart broken by every sports team in Georgia.