Daily Fantasy Sports have been around for a while and also falls under a different category than legal sports betting. Even if you don’t play them, you’ve seen their ads on billboards, television, and radio. You’ve also seen them advertised on numerous NFL broadcasts, especially during a massive 2015 marketing blitz. The marketing war between DraftKings and FanDuel during that season has become almost legendary. Considering their ubiquity, it would be easy to assume that daily fantasy sports (DFS) are available throughout the country, but that would be a mistake.

The sad reality is that not all states have warmed to DFS, and even some states with fully legal sports betting have not yet embraced daily fantasy. DFS sites now operate in 43 of 50 states. This page will provide an overview of which states have legalized DFS and which ones are still working on passing similar legislation. We will also detail the states that have taken it a step further and banned DFS operations entirely.

The good news is that the number of states with legal Daily Fantasy Sports has been growing over the past couple of years. The bad news is that it’s been slow going in most parts of the country. The topic of legal Daily Fantasy Sports is a mercurial one, as state legislators have argued back and forth about whether or not it constitutes illegal gambling or if it should be classified as a game of skill. Because of this, DFS sites have been stuck in legal limbo for the past several years in the United States. 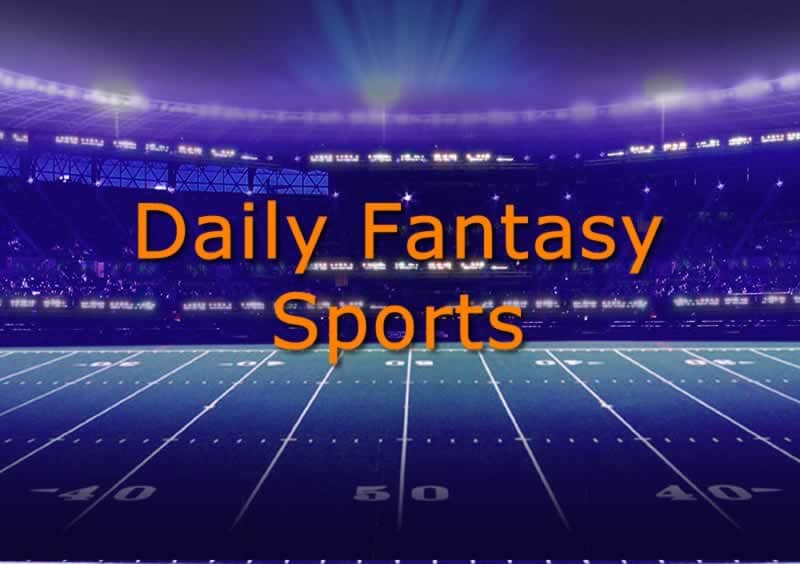 The concept of fantasy sports is nothing new – you choose the best players to put on your team, and their real-life stats translate into points for you. The person with the most points at the end of the game wins. Now, I get it, it’s not that simple and there is a lot more skill that goes into it. But those are the basics. Daily fantasy sports just kicks that up a notch and gives players the ability to put money on their teams. It’s the fact that they can put money on it that has certain lawmakers calling into question whether or not DFS is technically a game of skill, or a form of pseudo sports betting that violates current state law.

DFS operators claim that their paid-entry events do not constitute gambling because the results are not wholly based on chance. Rather, they are based almost entirely on skill. In the past few years, however, they’ve run into a bit of a problem. Attorney Generals in quite a few states have decided that they believe that DFS is an unlawful form of sports betting that violates state law. Some states even went so far as to start kicking out DFS sites. Because of this, it can be hard to determine which are states with legal Daily fantasy sports and which are at risk of losing their ability to operate in a state at any moment.

You see, without legislation in place, technically DFS is not legal or illegal. It’s stuck in a gray area. An Attorney General can issue their opinions and send cease and desist letters all they want – if there is no legislation on the books, there’s really no legal leg for them to stand on, they’re just interpreting the law in a singular way. DFS sites see themselves as games of chance and therefore don’t believe they are violating current gambling laws. So in most states, it’s really coming down to a matter of opinion. Now, the states can choose to bring DFS site to court if they don’t comply with the desist letters, but that hasn’t happened yet.

This is why the CEOs of DraftKings and FanDuel have been traveling across the country for the past couple of years, speaking with state representatives and making their case for legalizing DFS. This way, the states get a slice of the cake and can collect taxes and licensing fees from the companies, while the DFS sites can have a permanent space in states with legal daily fantasy sports.

The states that have already passed the legislation have created regulatory framework, licenses, and fee structures for DFS sites to adhere to. All of the current states with legal and regulated daily fantasy sports are listed below.

* Though Louisiana has legalized DFS in 47 out of 50 local parishes, there are still additional regulatory standards that need to be established. For now, most DFS operators do not provide their services to the state.

Which States Do Not Have Daily Fantasy Sports

Currently, there are several states that don’t have daily fantasy sports and have asked DFS sites to stop their operations. Rather than get into with the AG, these sites have pulled their services, and are attempting to get legislation passed that would allow them to become states with legal daily fantasy sports.

DraftKings is one of America’s largest DFS provers and serves states that house over 80% of the U.S. population. Unfortunately, there are still a few states that aren’t served by DraftKings though. It is incumbent upon individual states to legalize and regulate daily fantasy sports, and the following states have elected to disallow DFS games.

Coming pretty soon, states will think and reconsider having DFS in their states. With so many players leaning towards playing DFS a lot more during sports seasons, having DFS legal and available for all players to play seems like a gold mine. Adding DFS to state’s lawbooks could easily add additional tax revenue and funding for state projects. Making sure that a lot of players can play DFS in certain states could avoid some big-time cuts that may have been considered because of COVID-19. While DFS sites already accept players from most states, the states that may have DFS in 2022 are looking to join in the mix.

There have been big changes going on for DFS and this works to the benefit of the players. There has been changes up in the top of the DFS industry to make things much easier and see what else can be fixed. FanDuel and Draftkings, the two largest DFS operators in America, now have legal sportsbooks added onto the fantasy services that they offer. Now with the these fantasy companies having sportsbooks, this only expands what they can do and have more players come and sign up.

The states will like the fact that these changes have happened and there will be adjustments made to make sure that players can legalally participate on DFS sites like this. This only means that there is more money that can be made and this is why these changes have been made. Keeping the cash rolling in is huge!