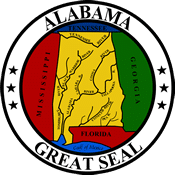 Legal Alabama sports betting has yet to be regulated within the state’s law but can be accessed thanks to online sportsbooks. While no law has approved local sports betting through regulated operators, there is also no law that outright bans legal sports betting fr om online betting providers. Lawmakers have repeatedly attempted to regulate gambling on a state level, but have failed consistently, leaving offshore sites the only option. Alabama has a strong sports fan base with the Alabama Crimson Tide. With such a dominant college football program, it is no surprise the betting market is so hungry. Should a regulated market launch, and allow local bettors to place action on in-state teams, Alabama could potentially see a boom in added revenue from legal sports betting.

The Best Sportsbook In Alabama

Alabama as a state has not approved any state-sanctioned sportsbooks to operate, which means that bettors often turn to the legal online sportsbooks. Bovada leads the pack of those, being one of the most highly regarded and highly used online sportsbooks on the planet. Bovada has been part of the online sports betting community for a long time, and they’ve developed a great reputation for having a well-run website with good customer service options.

Bovada offers wagers on anything, from the Alabama Crimson Tide and the Auburn Tigers to the US Open and more. They’re definitely worth checking out. All first-time Alabama betting fans have access to the 50% deposit match Welcome Bonus offered by the sportsbook. This is valued at up to $250.

Because of the fact on how the state’s constitution is written, Alabama sports betting laws are restrictive and contradictive. The state constitution defines gambling as any game for financial gain with an element of chance. This is often interpreted as any game of chance, including card games. Although this is true, there are contradictive elements that allow for some gambling to be allowed.

There are tribal casinos in Alabama and they allow for slots and bingo-style games to be played. However, there are no table games in these tribal casinos. Even though slots seem to have a greater chance element, it is allowed over table games and sports betting. To further the contradiction, there is no state lottery available and Alabama does not participate in national lotteries either. Currently, there are no bills being introduced by Alabama’s state legislature to make sports betting legal.

Status Of Legal Sports Betting In Alabama For 2021

Where’s The Closest Place To Me To Bet?

Even though there are some tribal casinos, they are very limited on what they provide. As for now, there are no sportsbooks available in the Yellowhammer State. Due to the fact that casinos are already opened here, these cities are more than likely where sportsbooks would open if legal sports betting in Alabama becomes legalized:

Although legal Alabama sports betting is not happening yet, locals often travel to other sports betting states like Mississippi to place their sports bets. Even though going online and going to one of our recommended offshore sites is far more convenient, Alabamans can make the trip to one of these cities to make sports bets:

What Teams Can I Bet On?

Although Alabama does have rather strict gambling laws, it does have a very strong culture in collegiate sports. The Alabama Crimson Tide is regarded as one of the very best college football teams in the nation. The Troy State Trojans are also a nationally renowned team coming from Alabama. Alabama is only missing professional teams, but locals like to cheer for the New Orleans Saints in the NFL front and the Atlanta Hawks for NBA. If you go online and head to the offshore websites, you can take part in legal Alabama sports betting on these teams. Of course, you are free to make bets for real money on any team when visiting on one of these offshore sites.

Where Can I Legally Bet On NFL Matchups In Alabama?

Betting on the NFL in Alabama is a simple process for anyone living in the state that has internet access. This could be through a cellphone, desktop computer, or other mobile devices with online capabilities. All National Football League games can be wagered on legally with the use of offshore internet sportsbooks. These platforms provide the best odds and bets for every football matchup on the schedule. Betting on the NFL for the 2021 season could not be easier in Alabama when utilizing one of these operators to do so.

Betting on horse racing in Alabama is a tradition in the South as old as putting peanuts in Coca Cola. The offshore online sportsbooks like BetOnline and Bovada also serve as racebooks and take bets on horse races happening all over the world. It is completely legal for people in the Heart of Dixie to wager on these races. But the biggest race of all that receives the most action is the Kentucky Derby. In 2021, the Kentucky Derby should see plenty of bets placed on the event from horse racing fans all across the good state of Alabama.

When we say that Alabama is strict against gambling, that is extended to daily fantasy sports (DFS). An attorney general once argued that because there are some random elements in DFS, it should be considered a form of gambling. Examples of the random elements he took issue with are; players getting sick, having no control over the performance of the players on their roster, or even getting injured during a game, he considered these parts of the game as random elements. Because the state constitution bans any games of chance, DFS is generally considered illegal.

Thanks to that interpretation, the AG gave DraftKings and FanDuel a cease and desist order. The behemoths of DFS had no choice but to pull out of Alabama. This makes Alabama one of the very few states that make DFS illegal in the United States. Bills have been brought up to bring DFS to Alabama, but they have all failed to pass. 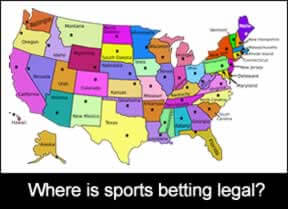 Can I Bet Real Money In Alabama?

Betting real money in Alabama is not available through any state-sanctioned platforms. However, there are outlets to bet real money legally online that can be found on this page.

Will I Get Arrested For Sports Betting In Alabama?

Sports betting in Alabama is not regulated within the state However, online sports betting at offshore books is considered a legal form of wagering. All other forms can find gamblers in legal hot water.

What Is The Sports Betting Age In Alabama?

The legal sports betting age in Alabama is 21. When an industry becomes legal, this is the age that residents would need to adhere to.

Are There Mobile Sports Betting Apps Available In Alabama?

There are no mobile sports betting applications available in Alabama. Any international internet sportsbook can be accessed with a mobile device but they do not have apps of their own to download and use.

Where Is The Best Place To Bet On Sports In Alabama?

The best place to bet on sports in Alabama is with online offshore sportsbooks as they are the only legal option for gamblers in the state as of 2021. Again, the most reputable of these sites can be found on this page.

Should I Use A Local Bookie In Alabama?

No, you should not use a local bookie in Alabama because it’s illegal to do so. Not only that but a bookie could just keep your winnings and there is nothing that can be done about it.

Do Any Casinos In Alabama Have Sportsbooks?

No casinos in Alabama offer sports betting to their patrons as of 2021. Once an industry is made legal, casinos will be the first to see sportsbooks made available to customers.

Is It Legal To Bet On Sports With My Friends In Alabama?

Yes, it’s legal to bet on sports with your friends in Alabama. Friendly wagers are just that, friendly, and therefore have no cause for the law to become involved.